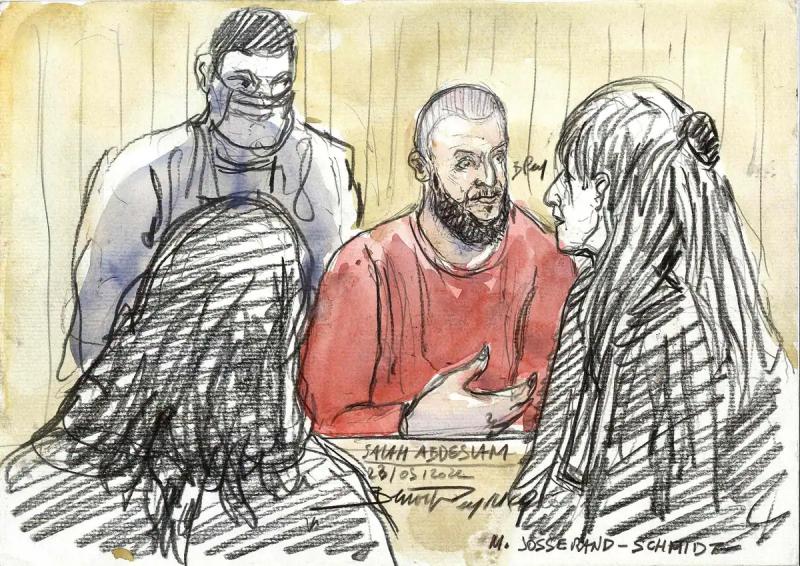 There will be no second trial of the attacks of November 13 in France: Salah Abdeslam, sentenced to irreducible life imprisonment, has not appealed his sentence, nor have any of the men tried at his side for ten months.

“The national anti-terrorism prosecutor (Pnat) and the public prosecutor at the Paris Court of Appeal have not appealed this decision either,” he said in a press release.< /p>

The decision of the special assize court of Paris “has acquired a final character today and there will therefore be no appeal trial”.

On June 29, at the end of a “historic” trial, Salah Abdeslam became the fifth man in France sentenced to life imprisonment, the highest penalty in the penal code. makes any possibility of release minimal.

His 19 co-defendants – six of whom five were presumed dead were tried in their absence – were sentenced to terms ranging from two years' imprisonment to life.

During the trial, the only member still in life of the jihadist commandos who left 130 dead and hundreds injured in Paris and in the nearby town of Saint-Denis claimed to have “given up” on triggering his belt in a Parisian bar on the evening of the attacks, out of “humanity”.< /p>

The explosive vest which Salah Abdeslam was carrying “was not functional”, calling “seriously into question” his statements on his “renunciation”, replied the court in its deliberation.

She recognized the French 32 years old guilty of being the “co-author” of a “single crime scene”: the Stade de France, the machine-gunned Parisian terraces and the Bataclan concert hall.

Salah Abdeslam's defense had unsuccessfully pleaded against a “slow death penalty” aimed at “definitively neutralizing an enemy” and not a man who had “evolved” during the hearing.

Contacted by the AFP, his lawyers had not yet reacted Tuesday morning.

“I am not an assassin, I am not a killer”, had supported the main defendant in his last words to the court, reiterating his “sincere” apologies to the victims.

At the end of 148 days of hearing marked by nearly 400 statements from survivors and relatives of victims, the verdict was welcomed with relief on the part of the civil parties.

Mohamed Abrini, “man in the hat” of the Brussels attacks, had been sentenced to life imprisonment with a 22-year security sentence.

At the hearing, he admitted that it was “scheduled” for November 13, but had, as in Belgium a few months later, given up at the last moment.

< p>“He recognizes the principle of his guilt, and knows that he has not been sentenced to the maximum sentence”, declared one of his lawyers to AFP, Marie Violleau, to explain his decision not to do so. call. “If a first step is taken, the judicial process will continue with the opening of the trial in Brussels during which questions will be asked and perhaps answers will be given.”

Salah Abdeslam, Mohamed Abrini and three other of their co-defendants in Paris will be tried from October in Belgium for the attacks of March 22, 2016.

In its deliberations in Paris, the court only ruled out the terrorist qualification for one accused, Farid Kharkhach, tried for having provided false papers to the cell. Several of his co-accused also contested this qualification, but it was upheld for all the others. “Political” and “tactical” rather than “fair” sanctions.

“The message sent is” do not appeal because you will soon be released “” from prison, had denounced after the verdict Me Raphaël Kempf, who had pleaded acquittal for his client Yassine Atar, sentenced to eight years in prison.

If there are “few appeals” filed, it “gives the appearance of justice well done”, he had gritted.

The only sentences pronounced going beyond the requisitions: those targeting the accused presumed dead in Syria. The five senior executives of the Islamic State group – including the sponsor of the attacks – were all sentenced to irreducible life imprisonment.