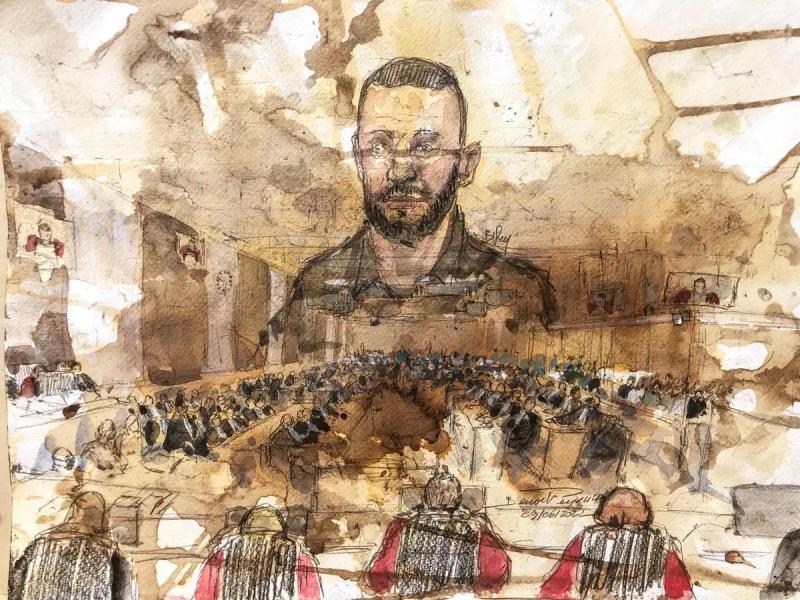 The Federal Prosecutor's Office has decided not to appeal the judgment rendered on June 30 in Brussels in the trial of Belgian accomplices in the jihadist attacks which killed 130 people in Paris on November 13, 2015, a door announced on Tuesday. -speech.

“The Federal Prosecutor's Office has decided not to appeal. The judgment is final,” spokesman Eric Van Duyse told AFP. The prosecution had one month to appeal.

In this case called “Paris bis”, thirteen men and one woman were tried in the spring, suspected of having provided more or less significant assistance to the 13-November commandos from Belgium (accommodation, driving, preparation of false papers, etc.).

But in the end, four of the 14 defendants had been released on June 30, three others had had their convictions suspended, and only two firm prison sentences had been pronounced (18 months and 35 days), the others being accompanied reprieve. The Brussels Criminal Court had also imposed a sentence of community service.

The judgment was hailed as a whole for its leniency by the defense lawyers.

“It's a very fair, very correct decision,” reacted Virginie Taelman, whose client, Abid Aberkane, had nevertheless been severely singled out by the prosecution.

Cousin of Salah Abdeslam, the only member still alive from the November 13 commandos, Abid Aberkane had hosted the French jihadist in Molenbeek during the last days of his run before his arrest on March 18, 2016.

He was given a three-year suspended sentence, while the prosecution had requested one more year. The judges dismissed certain grievances, considering in particular that he could not be accused of having made propaganda for the Islamic State group.

In the judicial treatment of this wave of attacks in 2015-2016 claimed by IS, the next stage is the trial scheduled from October 10 for the ten accused of the attacks committed in Brussels on March 22, 2016 (32 dead) by the same jihadist cell.

Among the accused, include – as in the Parisian trial completed on June 29 – Salah Abdeslam and Mohamed Abrini, who had accompanied the attackers to Paris. Abrini is known as the “man in the hat” of the Brussels attacks (he had given up on blowing himself up at the airport).

MM. Abdeslam, 32, and Abrini, 37, were sentenced in Paris to life in prison. For the first, the Assize Court pronounced the highest sanction of the French Penal Code, namely irreducible life imprisonment.

For the second, life imprisonment was accompanied by a security sentence of 22 years old. Both were transferred in mid-July to Belgian prisons.