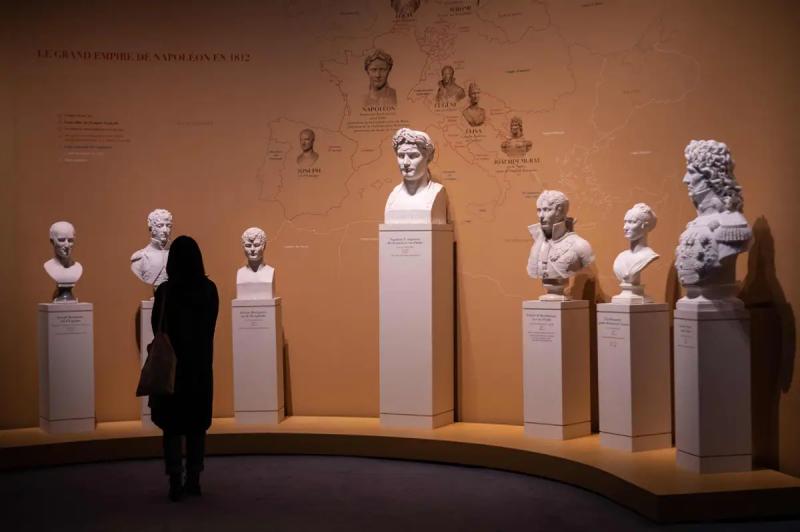 A collector who had bought the bust of an anonymous man found himself with a sculpture of the young Napoleon Bonaparte made by a famous artist, said Friday the auction house Sotheby's which will offer it at auction on July 5 in London.

“It was purchased in 2020 by its current owner in being simply described as the bust of an anonymous man in the Empire style, early 19th century,” the house explained in a press release.

An expert report determined that it was in fact General a 28-year-old native of Corsica, who emerged victorious from the Italian campaign in 1797.

The name of the seller and the price at which he acquired the object have not been disclosed.

The white marble work, on a black marble base, is signed by Giuseppe Franchi, a neo sculptor -Italian classic.

“The identity of both the sculptor and the model can be confirmed today thanks to the research carried out by Olivier Ihl, professor of historical sociology and honorary director of the Institute of political studies from Grenoble, and one of the experts of the period”, writes Sotheby's.

According to the scholar, Bonaparte commissioned the bust at a dinner with Franchi in May 1797 in Milan, a few days after bringing about the fall of the Republic of Venice.

The young general will see the sculpture in November 1797 in Geneva, a city annexed by France in April 1798. The work will remain there for 20 years.

In August 1818, this unwanted bust of a deposed emperor, detained on the island of Saint Helena by the English, was bought at a low price (80 louis d'or) by a Briton who had it transported to the United Kingdom.

The sculpture “has been neglected, source embarrassment after the fall of the Empire, seen as worthless and ultimately lost without a trace for two centuries,” commented Sotheby’s sculpture expert Christopher Mason, quoted in the press release.

The style of the bust recalls that of Rome in the 1st century BC, without clothing on the upper torso. Napoleon wore the mid-length hair in vogue at the time, the so-called dog ear hairstyle.