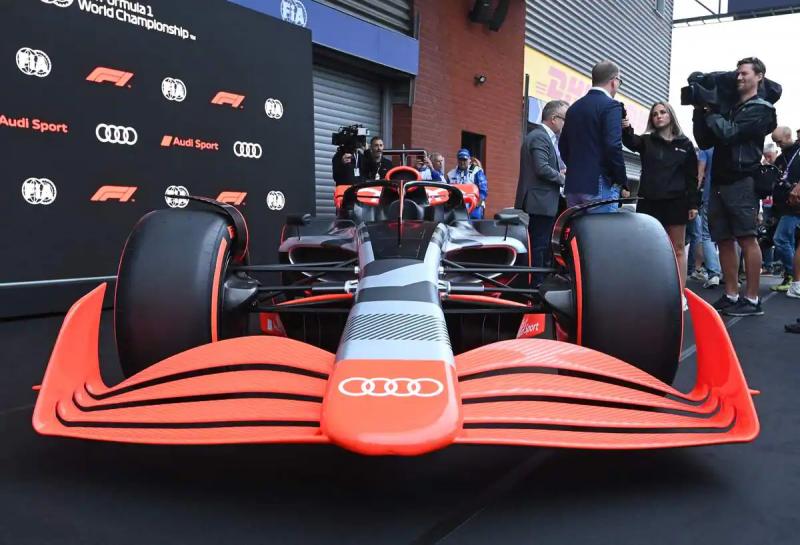 The German manufacturer Audi will make its debut in Formula 1 in 2026 as an engine manufacturer, its CEO Markus Duesmann announced on Friday during a press conference at Spa-Francorchamps on the sidelines of the Belgian Grand Prix.

Audi will develop its hybrid engine in Neubourg-sur-le-Danube, in Bavaria, and will forge a partnership with an F1 team. This partnership, which should be announced by the end of the year, could be concluded according to the specialized press with Sauber, which currently races under the name Alfa Romeo and is powered by Ferrari.

Waiting for Porsche , also awaited by the world of F1, so here is another mark of the Volkswagen group. Audi joins Mercedes, Ferrari, Renault and Red Bull (with Honda technology) as an engine supplier to the world's motorsport elite.

This announcement comes ten days after the approval by the World Sports Council motor vehicle regulations for new Formula 1 engines for 2026.

The engines, already hybrid since 2014, will see from that date an increase in the deployment of electrical energy and will also use 100% sustainable fuels.

“With the new rules, it is the good time for us to get involved,” explained Audi CEO Markus Duesmann, present in Belgium alongside Stefano Domenicali, CEO of Formula 1, promoter of the world championship, and Mohammed Ben Sulayem, President of the International Federation of the Automobile (FIA).

“Formula 1 and Audi are both pursuing clear sustainability goals,” he argued.

These new technical rules, which will apply from 2026, were a prerequisite for the German brand for its first arrival in F1.

Audi also underlined the importance of the already existing budget cap for the teams, and the implementation in 2023 of another cap, on the costs for the engine manufacturers on the grid this time.

Audi, like the whole of the Volkswagen group engaged in a vast electric shift, hopes to take advantage of Formula 1, in full revival of interest in recent years, to display its “green” technologies and ambitions.

Rest to know what will be the stable at his side. If McLaren, Aston Martin or Williams have been mentioned in the context of a takeover or a partnership, the Swiss structure Sauber – currently known as Alfa Romeo, the name of its title sponsor under which it races in F1 – now appears the most probable alliance.

Audi's arrival in F1, which also puts an end to its endurance program (Lmdh category), should be followed by that of Porsche.

The Stuttgart brand could sign its return to the premier category of motorsport in partnership with Red Bull as part of a 50% takeover of the current Austrian team leader in the constructors' world championship.