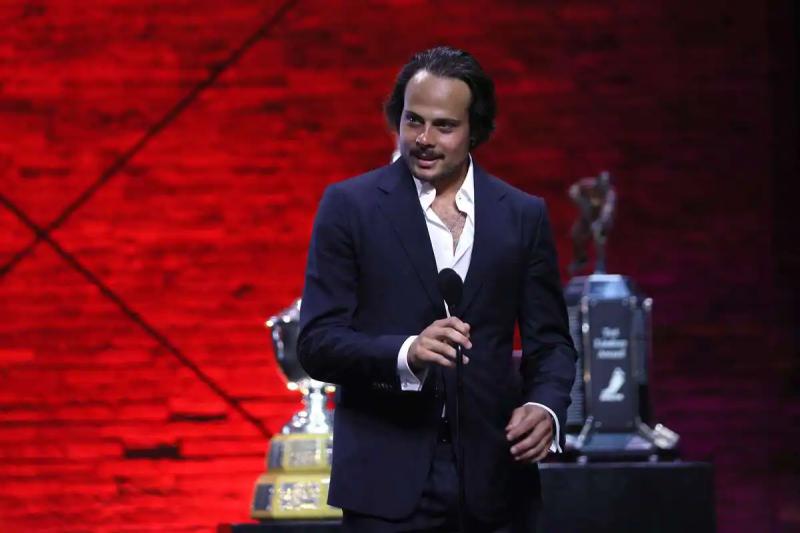 Auston Matthews' outstanding season was celebrated Tuesday at a National Hockey League (NHL) ceremony in Tampa. The Toronto Maple Leafs forward got his hands on the Hart and Ted-Lindsay trophies.

Number 34 pulled off the rather rare feat of hitting the target 60 times in one and the same season. He finished the campaign with 106 points, including 60 goals, in 73 duels. He thus became the first Leafs member to be named MVP since Ted Kennedy in 1955.

For the Hart, he outvoted Connor McDavid (Edmonton Oilers) and Igor Shesterkin (New York Rangers). In the case of the Ted-Lindsay, given by his peers, he was chosen over McDavid and Roman Josi (Nashville Predators).

“I know Father's Day was a few days ago, but [Brian], this one was for you,” Matthews said at the end of the evening about his Hart trophy.

“It means a lot to be recognized by guys you compete with every night,” he said moments earlier about Ted-Lindsay, while taking the time to praise the two named players with him.

While he will not see his name engraved on the Hart trophy, Shesterkin nevertheless easily won the Vézina trophy, awarded to the best circuit keeper.

The Russian achieved it by virtue of a 36-13-4 record, a 2.07 goals-against average and a .935 save percentage in 53 outings. He succeeds Quebecer Marc-André Fleury, winner in 2021, and became the third member of the Rangers, after Henrik Lundqvist and John Vanbiesbrouck, to win the trophy in its current form.

Very smart is the one who correctly predicted the winner of the Calder trophy, awarded annually to the best first-year player. It was Detroit Red Wings defenseman Moritz Seider who finally received the honor.

He finished ahead of forwards Trevor Zegras (Anaheim Ducks) and Michael Bunting (Toronto Maple Leafs), in order, on the ballot.

A first Norris for Makar

Discarded for the Ted-Lindsay trophy, Josi was also overtaken by Cale Makar in the race for the Norris trophy, awarded to the best defenseman.

The back of the Colorado Avalanche thus received this honor for the first time in his young career, after finishing the season with 86 points in 77 games.

In addition to beating Josi, he finished ahead of Victor Hedman (Tampa Bay Lightning) in the polls.

Finally, the NHL announced that Chris Drury (Rangers), Joe Sakic (Avalanche) and Julien BriseBois (Lightning) are the finalists for General Manager of the Year. The winner will be announced at the draft in Montreal.