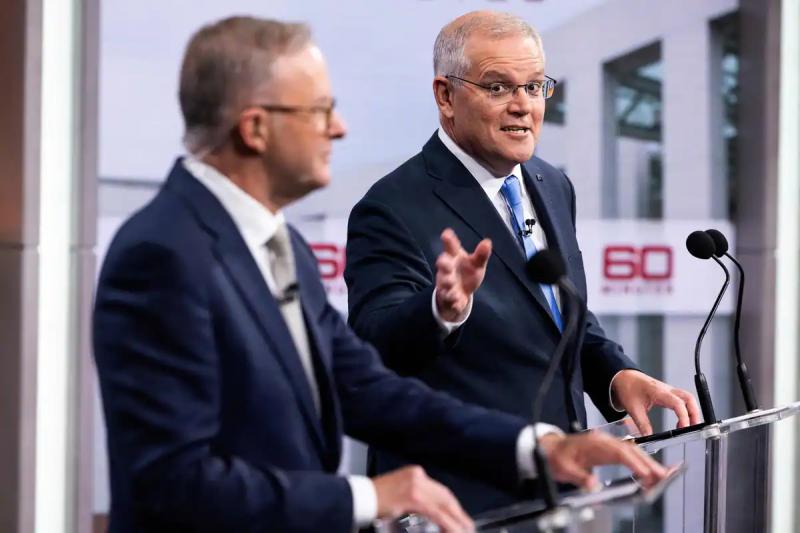 Australian Prime Minister Anthony Albanese on Tuesday accused his predecessor of an “unprecedented rampage” to democracy by secretly appointing himself to multiple ministerial portfolios, which Scott Morrison justified by the “unprecedented time” of the pandemic.

“We sometimes forget what was happening two years ago and the situation we were facing, it was an unprecedented period, it was not a conventional period”, argued the former Prime Minister on Tuesday during a meeting. an interview with Australian radio 2GB.

“We had to take extraordinary measures to put safeguards in place,” he said, ensuring that he had thus ensured the continuity of government in case of unavailability of a minister.

“Fortunately, it was not necessary for me to trigger the use of any of these powers,” he said on Facebook.

Scott Morrison has designated himself since March 2020 to five minister posts including those of Health, Finance and Resources, in secret, said Prime Minister Anthony Albanese.

“It is quite extraordinary that these appointments have been kept secret by the Morrison government from the Australian people,” he said.

The Prime Minister has sought the advice of the Attorney General to assess the legality of the actions of Mr Morrison, whom he has accused of leading 'a shadow government.

The scandal has shed light on the opaque nature of decision-making in the Australian government and has raised questions about the need for stronger democratic safeguards.

Some ministers in the previous government have made it known that they were not It was common knowledge that Mr Morrison had appointed himself to their portfolios – including then Finance Minister Mathias Cormann, now Secretary General of the OECD.

The Conservative coalition of Mr. Morrison lost the election in May, after almost a decade of centre-right government.

In Australia, the Prime Minister chooses the members of his government among the elected officials who are then sworn in by the Governor General at an official ceremony that is usually public and recorded.