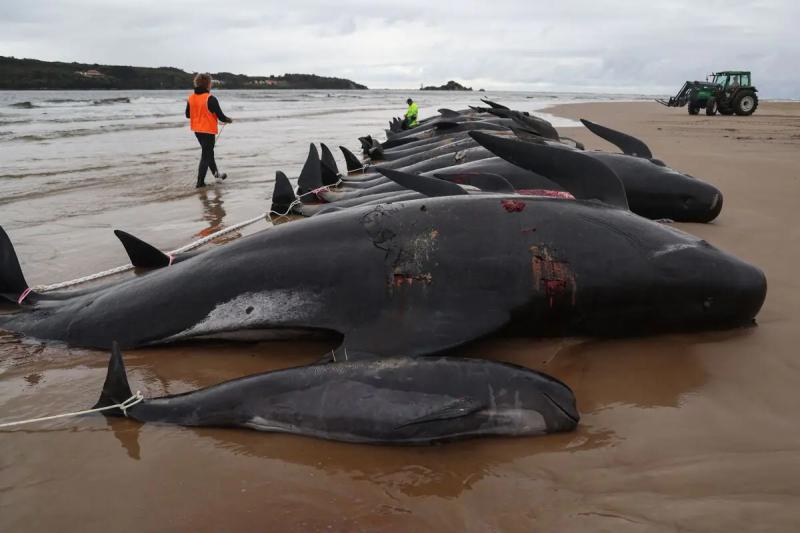 Australian rescuers were trying to refloat the last surviving pilot dolphins on Friday after stranding on a beach in Tasmania where more than 200 of their fellow dolphins have already perished. < /p>

“The priority remains to save and refloat the animals that are still alive” and those that are stranded again on the coast, underlined Brendon Clark, manager at the Tasmanian Parks and Wildlife Service.

Three pilot whales have not yet been reached because they are too far from shore and because of difficult tidal conditions, he told reporters at the scene.

The next step , he detailed, will be to remove the carcasses.

Some 30 pilot whales were refloated on Thursday, but a few were stranded a second time on Ocean Beach. are mobilizing to save them.

Macquarie Harbour, where this phenomenon took place, was the scene almost two years ago to the day of another massive stranding, involving nearly 500 dolphins -pilots.

More than 300 of them were dead by then, despite the efforts of dozens of volunteers who struggled for days in the freezing waters of Tasmania to free the animals.

The causes of these large strandings are not fully known.

Researchers have suggested that they may be caused by groups of cetaceans straying after feeding too close to shore. coast.

These pilot whales, which can reach up to six meters, being very sociable animals, they can follow the members s of their group who go astray and find themselves in danger.