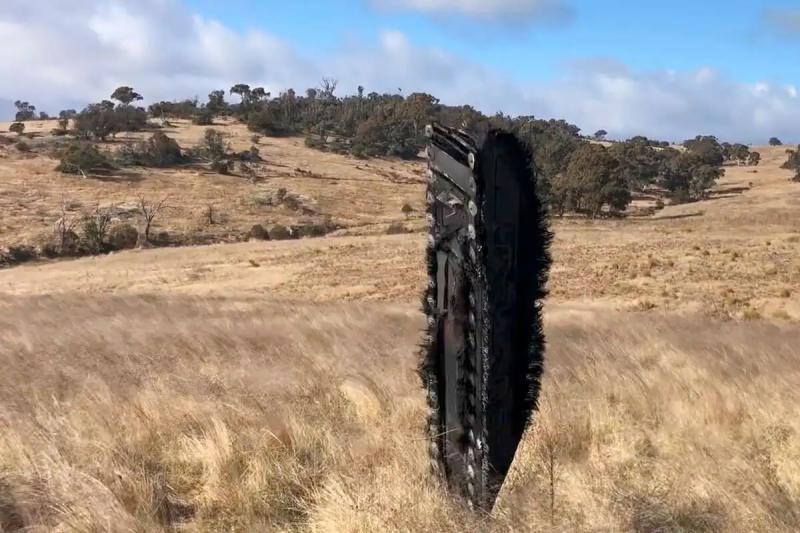 SYDNEY | Authorities confirmed on Thursday that charred space debris found in a sheep pen by a rancher in Australia is from one of SpaceX's missions.

The piece of metal, believed to have fallen on July 9, was discovered last week in Dalgety, a remote New South Wales village about a five-hour drive southwest of Sydney.

“It was both exciting and strange,” Brad Tucker, an astrophysicist who visited the site after being contacted by local farmers in July, told AFP.

He said claimed that the discovery of this piece buried in an empty field reminded him of the science fiction film 2001: A Space Odyssey.

The Australian space agency confirmed in a press release that this debris came from one of the missions carried out by Space X, which belongs to multi-billionaire Elon Musk.

“The Agency has confirmed that the debris comes from 'a SpaceX mission,' an Australian Space Agency spokesperson said.

Mr. Tucker said this piece of metal is part of a part dropped by the Crew-1 capsule during its re-entry into Earth's atmosphere in 2021.

Other space debris was also found in nearby properties and it is possible that they have a link with the SpaceX mission.

Most space debris washes up at sea but with the progress of the activity of space industries in the world , the amount of debris crashing into the earth is expected to increase, he added.

“We have to realize that there is a likely risk of this hitting a populated area,” he said. the spokesperson.

The Australian Space Agency said it is working to reduce the number of debris and has raised the issue internationally.