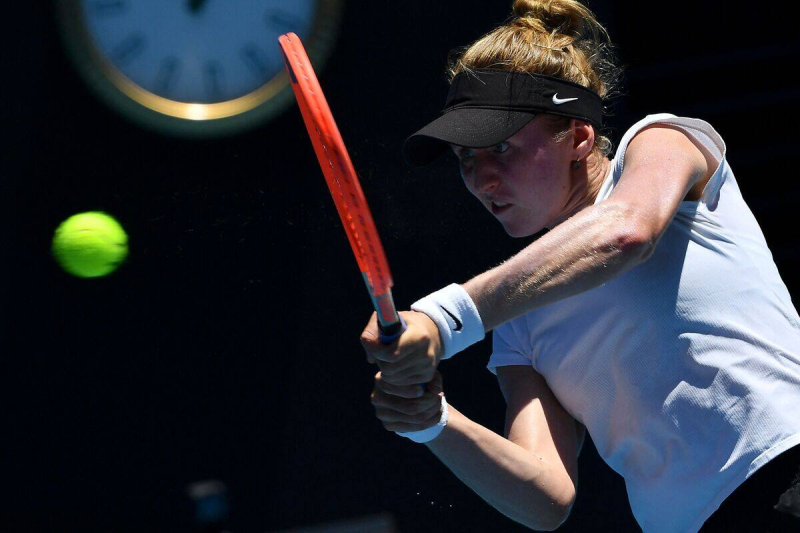 MELBOURNE, Australia | Like hundreds of professional players, Katherine Sebov has been on the ITF circuit for several years, in the antechamber of the splendor of the WTA, far from the glamor of the Grand Slam tournaments.

So much so that the 24-year-old Ontarian was already saying “mission accomplished” last week, when she won her first qualifying match in Melbourne. “I had never achieved anything like this before,” she noted on Tuesday.

Then Sebov won the second meeting. And the third, who gave him his ticket to the big picture. But when luck – and his tennis, especially – seemed to be on his side, the draw did not spare him.

Garcia… but the central

The slender athlete could have competed against another qualifier in the first round. Fate finally wanted her to face the French Caroline Garcia, the fourth favorite, the champion of the Masters at the end of the season.

A player to whom Sebov, who occupies this week the best ranking of his career, concedes 186 ranks on the WTA.

And a player who didn't leave her much on the field on Tuesday: after a more equal start to the match, which convinced the Canadian that she had “her place here”, the Frenchwoman won 6- 3 and 6-0, in 1 h 05 min.

However, this twist of fate came with a nanane, even more beautiful than the bottle of champagne offered by the organizers when she qualified (she prefer tequila, anyway): the opportunity to set foot in the Rod Laver Arena, the largest stadium in Melbourne with its 15,000 seats.

From dream to reality

They were rather empty on Tuesday, as is often the case at the start of the day, especially for games in the women's draw. But for Sebov, it was no big deal. “I had never experienced anything like it, I had never played in front of such an atmosphere,” raised the shy player.

“I just wanted to enjoy it, she added. It was my dream since I was little.”

And did you get to enjoy it, Katherine? “Oh yes! It confirmed to me that I wanted to be back. That I was going to be back”, she assured.