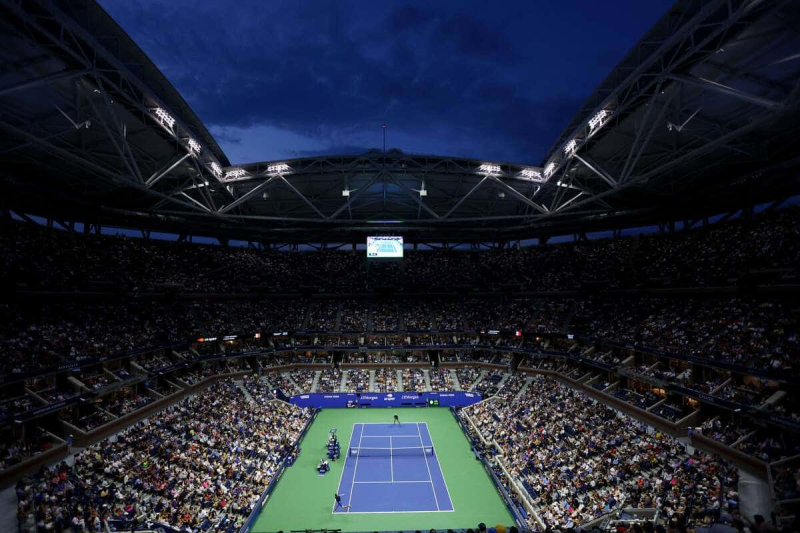 The Russian and Belarusian flags are now banned from the stands at the Australian Open, the National Tennis Federation announced on Tuesday, seized to this effect by Ukrainian diplomacy, a decision described as “unacceptable politicization of the sport” by Moscow.

“Russian and Belarusian flags are banned from the Australian Open,” the Australian Federation said in a statement, adding that the ban was effective “immediately”.

“Our initial policy was that spectators could bring them, but could not use them to cause disruption,” Tennis Australia added.

While Russian and Belarusian tennis players have been competing for almost a year under a neutral banner, the Russian tricolor was notably seen in the stands on Monday, the first day of the Australian Open, during the match between Ukrainian Kateryna Baindl and the Russian Kamilla Rakhimova (victory of the first in three sets).

In the stands, Ukrainian supporters had asked the security services and the police to react.

Another Russian flag was also seen on the Rod Laver Arena during Daniil Medvedev's winning match against American Marcos Giron.

“I strongly condemn the public display of Russian flags during the Ukrainian tennis player Kateryna Baindl,” he blasted on Twitter, urging to enforce the “‘neutral banner’ policy.”

“You could have banned Russian players and positioned yourself by responding seriously to these incidents, however predictable, but you chose cowardice”, for his part lamented on Twitter the former ambassador of Australia in Ukraine, Doug Trappett, serving in this country in 2015 and 2016.

“No control over it”

Reacting to the ban on Tuesday, the Russian Embassy in Australia for its part castigated “another example of the unacceptable politicization of sport” .

“As well as discriminating against Russian players with this 'neutral banner' policy, the Australian Federation is now going a step further by ensuring that they cannot benefit from any visible fan support. “, she lamented in a press release.

Belarusian Aryna Sabalenka, world No.5, also called for separating sport and politics, but was philosophical, saying she had no objection to the banning of the flags of her country and Russia “if everyone feels better that way.”

“I have no control over that. What can I say? They did, OK, no flags,” added Sabalenka, who was among the players banned from Wimbledon last year.

When asked if she could understand that some Ukrainian spectators may be upset at the sight of Russian or Belarusian flags, she replied: “I'm pretty sure they (are) hurt by this, and if Tennis Australia has made this decision to make them feel better , okay.”

Since the Russian invasion of Ukraine nearly a year ago, Russian and Belarusian players have competed under neutral banners at competitions, including the Australian Open .