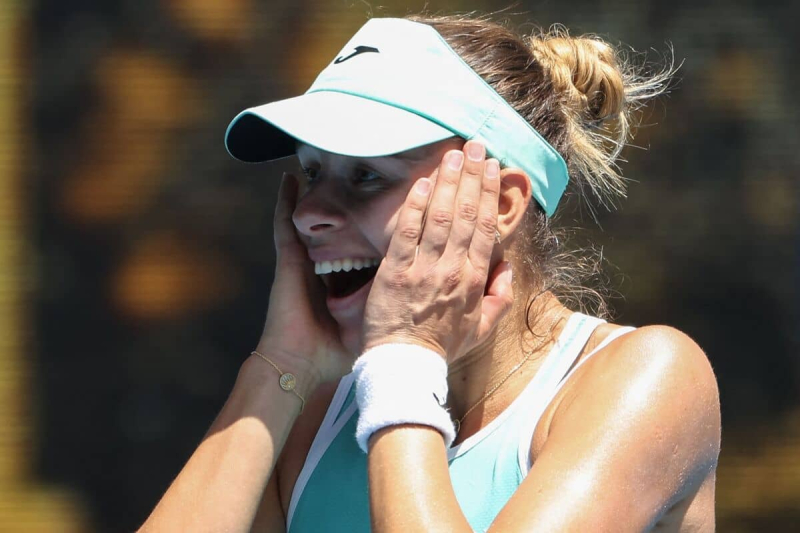 MELBOURNE, Australia | Sport sometimes reminds us that we should never stop dreaming. At 30, on her 30th attempt, Poland's Magda Linette reached her first semi-final in a Grand Slam tournament yesterday.

The Poles were waiting for Iga Swiatek, the world number 1. Or maybe Hubert Hurkacz, the 10th favorite in Melbourne. They will finally have Linette, 45th racquet in the WTA, one of the big surprises of these Australian Open who have not missed it.

“I don't believe it

A player whose ranking has hovered around 40th for years. Who has certainly won two titles on the circuit, but on a smaller scale.

And a player who did not yet realize what had just happened when she went to meet the journalists, shortly after beating 6-3 and 7-5 in the quarter-finals the former world premiere, the Czech Karolina Pliskova, seeded 30th in Australia.

“I think I still don't believe it,” smiled Linette in disbelief.

The Pole knew her rival of the day well. They had already faced each other on nine occasions and the Czech had won seven times. Their most recent major tournament encounter was at the last U.S. Open. round. And it was not the first time: Linette had also suffered the law of the powerful hitter in the opening round of the US Open in 2017.

“I managed to stay mentally calm [wednesday], even when my first serve was not going very well, analyzed the Polish. I really managed not to panic and went for my shots in the rallies when I had the chance. »

Amazing calm, given the importance of the game. Because not only Linette had not reached the semi-final of a major tournament before this fortnight, but she had never passed the third round in an event of this magnitude.

Except that she was used to these big stadiums, her ranking often forced her to meet the highest ranked players from the first rounds.

“I've already faced a lot of opponents of this level, recalled Linette. It was just another game. Of course, a game much further down the table. But I felt the same as usual. »

The Pole will return to the great Rod Laver Arena on the night of Wednesday to Thursday, Eastern time.

She will play there this famous first semi-final in 30 attempts against fifth-seeded Belarusian Aryna Sabalenka, who is perhaps the best player of this start to the season.

The two players had faced each other at the Tokyo Olympics and Sabalenka s was easily imposed 6-2 and 6-1.

“Let's say the result [of the semi-final] could hardly be worse for me than our last game,” remarked Linette.