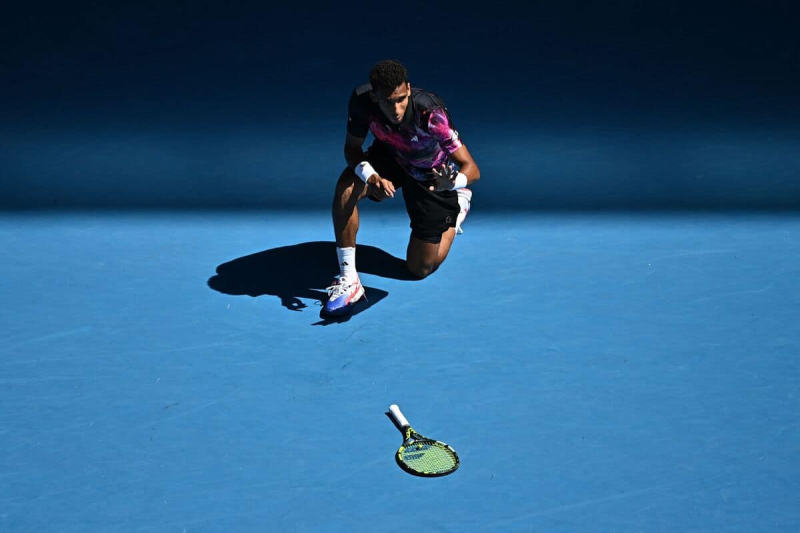 MELBOURNE, Australia | Eight of the 10 players featured in the first five episodes of the new documentary series “Break Ball”, produced by Netflix and airing since last week, have already left the Australian Open.

Nick Kyrgios, Paula Badosa and Ajla Tomljanovic had to withdraw before the start of the tournament, injured.

Then, Casper Ruud, Matteo Berrettini, Ons Jabeur, Taylor Fritz and Thanasi Kokkinakis packed up in the first or second round. With the exception of the Kokkinakis, these were players who could all dream of a long stay in Melbourne.

So there are only two left: Maria Sakkari, who will be in action on Friday morning, Eastern time. And… Félix Auger-Aliassime, one of the central characters of the fifth episode, who qualified for the round of 16 last night.

His girlfriend is after him spoken

On social networks, tennis fans have coined the expression “Netflix curse” in recent days to laugh at what seems to be more a combination of circumstances than a real fatality.

The Quebecer only heard about it shortly before his third round, won in four sets against the Argentinian Francisco Cerundolo.

“My girlfriend [Nina Ghaibi] showed me this. I did not know. What I knew was that some players were losing, but it hadn't crossed my mind until she told me about it,” Auger-Aliassime commented on Friday.

“I find it funny, but I don’t think it’s connected, he put it into perspective. Maybe losing players think so, but at the same time, I don't believe either! »

Of course Felix has bigger ambitions than that, but if he doesn't win the title in Australia, he may still be able to claim to have been among the last survivors of the “curse of Netflix”…