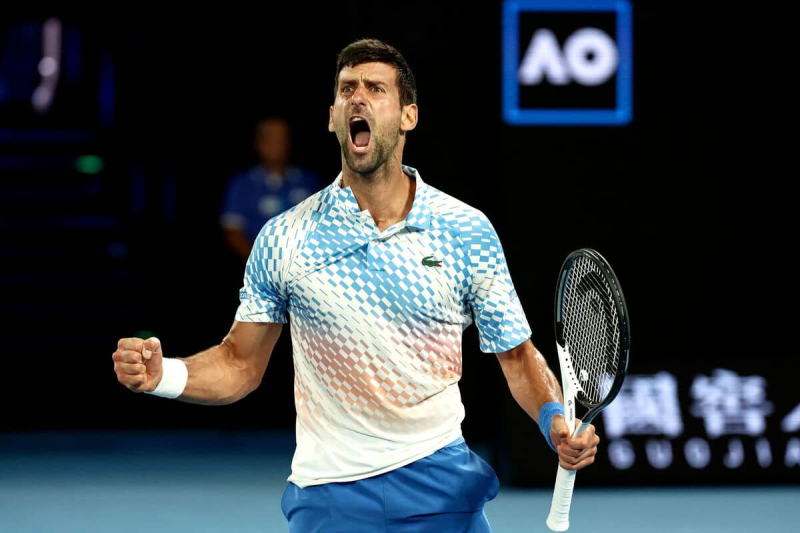 MELBOURNE, Australia | He was tormented by his injured thigh during his first three rounds. But for two games, since the pain seems to have disappeared, Novak Djokovic has one goal in mind: to send a message to his rivals who are still in the big picture of the Australian Open.

If Djokovic wanted to be feared, he succeeded. In fact, the three other players still in contention were probably already wary of it long before.

But in the quarter-finals against the Russian Andrey Rublev, who nevertheless concedes him only one place in the standings world, the fourth seed was dominant from start to finish, winning 6-1, 6-2, 6-4 in 2h 03min.

The Russian has never been able to solve the enigma Djokovic, whom he had beaten once in three games. Back on the bench between games, Rublev was seen grabbing his head with both hands. The Djoker seemed unattainable to him.

And he was, even if some games were closer than the final score indicates. Relentlessly, Djokovic made his opponent move, forcing him to foul (Rublev committed 29), when he himself did not manage one of his 32 winning shots.

“To have beaten unequivocally, in these last two meetings, very good players [the other was the Australian Alex de Minaur, 22nd favorite], it is really something that I was looking for at the moment”, pointed out the former world number 1.

“When I present this kind of tennis, of course my confidence goes up, continued the Serb, often very talkative in a press briefing. I have been in this kind of situation many times in my life. »

“I have never lost a semi-final at the Australian Open in my life [in ten occasions], he also recalled. I hope it will stay that way. »

Was it because of this desire not to give nothing? Still, the 35-year-old legend, like Rublev, has also shown some signs of frustration on the pitch.

As he has done a few times since the start of the fortnight, Djoko also complained to the referee about the attitude of some spectators during the points. A Rublev supporter spoke on a few occasions when the Serb served.

But once the match point was disputed, the world No. sang the famous happy birthday when Djokovic mentioned his mother Dijana, present in the stands and who was celebrating her birthday on Tuesday.

And this time, the motivation is twofold. It's not just the desire to lift the trophy once again on Sunday and improve his own record at the Australian Open.

A year after being expelled from the country due to an invalid visa, the Serb wants to forget the events of 2022.

“I'm still very determined, especially in Grand Slams, but there's a little extra this time,” Djokovic said. And I play better and better. I couldn't find myself in a better position. »

A first in six years

This tenth final will be played on Friday against the unexpected Tommy Paul, 35th best player in the world. Paul had never reached the semifinals of a major tournament before.

By beating his compatriot Ben Shelton, Paul put an end to the brilliant epic of this young player who had never left the United States before setting foot in Australia.

He also became the first American since Sam Querrey six years ago to make it to this stage of a major tournament.

“Obviously [Djokovic] is quite comfortable in Australia,” the 25-year-old quipped after his victory. It will be a demanding game. But I present my best level at the moment. It couldn't come at a better time. »