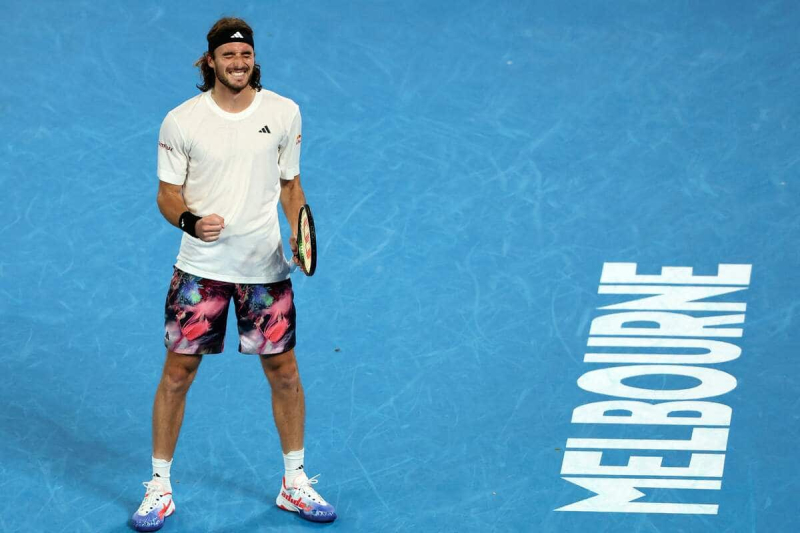 MELBOURNE, Australia | Stefanos Tsitsipas was finally the first to solve the Jiri Lehecka enigma on Tuesday, 24 hours after the Czech knocked out Quebecer Félix Auger-Aliassime.

In fact, the Greek did not give the 71st in the world any chance. Imperial as he has been since the start of these Australian Open – with the exception of two sets against the Italian Jannik Sinner -, the third favorite won 6-3, 7-6 (2) and 6 -4.

A victory that gave the 24-year-old his ticket to the semi-finals and a clash against 18th-seeded Russian Karen Khachanov on Thursday night in Friday Eastern Time.

“The answer is yes”

But Tsitsipas yearns for more than that. The Greek believes this year could finally be the right one. The one where he will win his first major title.

He came so close two years ago at Roland-Garros, during this ultimate match in which he dominated Novak Djokovic after two sets

The Serb did not remember it at a press conference on Monday – he mentioned that Tsitsipas had never reached a Grand Slam final, before being corrected by journalists… – but “Djoko” had managed to turn the tide to win in five sets.

“I like the tennis I am playing at the moment, said the third seed, shortly after beating the young Lehecka. I haven't felt this good in a long time.”

“So [if someone asks me if I'm aiming for a Grand Slam this year], the answer is yes.”

Not so far from disqualification

If the Greek's game looked good against Lehecka on Tuesday at the big Rod Laver Arena, his attitude towards the end of the match was, let's say, a little more questionable.

At 4-3 in the third set , on the service of the Czech, Tsitsipas got angry after committing an unforced error. In a gesture of frustration, he hit the ball on the wall behind him.

The problem is that he almost hit a ball hunter who was nearby. If the ball had to touch the young attendant, the third in the world would have been immediately disqualified from the tournament.

It happened to Djokovic at the US Open three years ago , but this time it was a line judge who was hit. No doubt “Djoko” remembers it more than this final against Tsitsipas.

“I only saw the ball hunter when the ball came back close to me, excused the Greek. Of course I wasn't aiming for it. I am a professional tennis player.”

“In my eyes, he was further away from me. I really would have had to miss my shot to reach it. But of course, I shouldn't have hit that ball against the wall. I'm not happy with the way I reacted.”

Do you have any inside scoop?