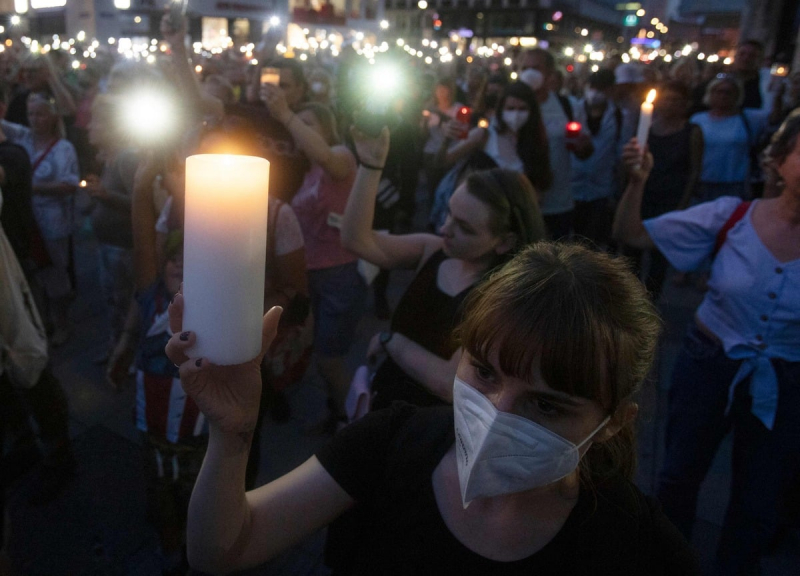 From the president to thousands of anonymous, Austria mourns a doctor who took her own life after receiving antivax threats on social media, a case that highlights harassment against COVID scientists.

In Vienna, the bells of St. Stephen's Cathedral rang out this week and candles formed a “sea of ​​lights” against “emotional abuse” and ” terror” online.

Lisa-Maria Kellermayr, 36, was discovered dead on Friday July 29 in her office in Upper Austria (north). Farewell letters were found and the autopsy performed at the request of her relatives confirmed the thesis of suicide.

In a message published at the end of June on her professional website, she announced the consultation halted until further notice.

“For more than seven months, we have received death threats at irregular intervals from circles opposed to COVID measures and vaccinations,” she wrote. .

She said she had “invested more than 100,000 euros” to guarantee the safety of her patients, and spoke of an untenable situation.

“At the end of my tether”

“I'm at the end of my tether, I'm threatened with insolvency,” she confided in the press.

In support of her claims, she had posted messages from an Internet user threatening to impersonate a patient before committing carnage against her and her staff.

Lisa-Maria Kellermayr had been targeted after criticizing a protest movement against compulsory vaccination in the fall of 2021.

Since then, she had alerted the authorities in vain and appeared frequently in the media to confide in her distress.

The life of this practitioner with a big smile, passionate about her work, had become hell.

Daniel Landau, organizer of the commemoration ceremony in Vienna, had met her in mid-July in her office.

“She had been living there reclusively for weeks, she dared not go out” , he told AFP, now calling on the authorities to raise awareness.

The police, who had accused Ms. Kellermayr of instrumentalizing the case “for her own notoriety”, assure that everything has been done to protect her.

The Wels prosecution also defended itself from any breach. “As soon as we received the police report (identifying one of the suspects), we forwarded it to the competent authorities in Germany,” said spokesman Christoph Weber.

Tributes poured in from the state's highest peak. President Alexander Van der Bellen visited the small town where she had settled, Seewalchen, on Monday to lay flowers.

“Let's put an end to intimidation and fear. Hate and intolerance have no place in Austria”, he condemned shortly after the announcement of his death.

On Telegram groups, malicious comments continue to circulate. Some Internet users “celebrate his death, others attribute his death to the vaccine”, reports Ingrid Brodnig, social network specialist, explaining that COVID, by polarizing society, “has caused a phenomenon of extreme aggressiveness among some”. /p>

“Strict laws” exist, but they are still little or badly applied, she says, hoping for improvements “after this case which shook the nation”.

In France, Karine Lacombe, a scientist “vilified” at the height of the pandemic, also regrets “the lack of feedback from the authorities” such as the fact that her two complaints were “taken lightly” and classified “super quickly” .

If she was able to overcome this ordeal thanks to the support of her hospital team, the infectious disease specialist, involved in a collective of scientists known for their fight against disinformation on COVID, has chosen to keep a low profile .

“I was in high demand in 2022, but I made very few media appearances to avoid this outbreak of violence. We say to ourselves that the game is not worth the candle. In that sense, they (the aggressors) win, they gag us”, she regrets.