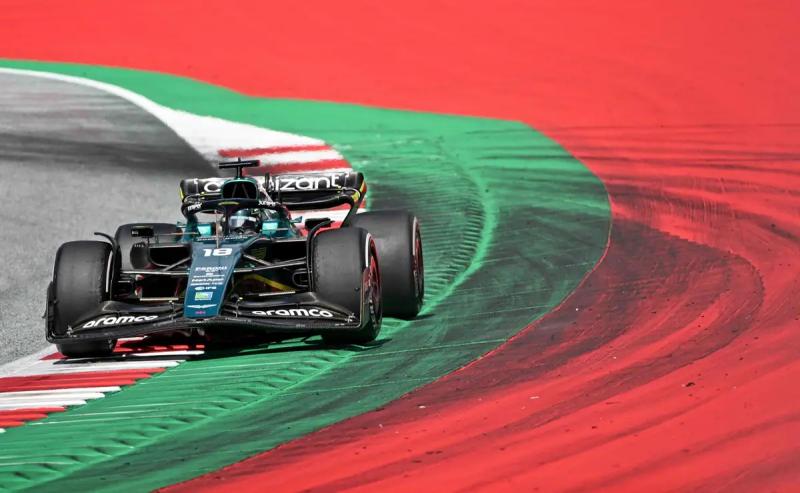 Despite a 12ththplace on the starting grid and retirements in front of him, Lance Stroll was unable to get a single point at the Austrian Formula 1 Grand Prix on Sunday.

The Quebec driver had to settle for 13th place at the finish, while conceding a lap to the winner, Charles Leclerc (Ferrari).

And the harvest was no better for the teammate of Stroll, Sebastian Vettel, who did worse by finishing the race in 17th place.

The Aston Martin team knows a worrying slump, to say the least, as it occupies ninth position in the constructors' standings with barely 18 points on the clock.

Only Williams did worse than the team led by Montreal businessman Lawrence Stroll.

Its performance was hardly any better in qualifying, where its two drivers were eliminated in the opening round ( Q1) for a third Grand Prix in a row.

“  My start was satisfactory, said Stroll as he got out of the car. And I was able to maintain my position and fight with the two McLarens [Lando Norris and Daniel Ricciardo] at the start of the race. ”

Stroll was the longest out of the 20 entries on his first set of tyres, not stopping until lap 29.

After occupying fourth out of sequence, he was obviously demoted when he returned to the track with new tyres.

“After my stop, he explained, I had a lot of difficulty containing the faster cars behind me. It's a pity to have been unable to register one or two points. ”

The quadruple world champion has nothing to reproach himself for, since the marshals imposed a five-second penalty on the Frenchman for his behavior.

“I had taken the advantage over him, claimed Vettel, while giving him a lot of space. He was too enthusiastic and he hit me. I did an excursion in the gravel trap, but I was still able to continue.

“From then on, with a damaged car, I was practically limited to a role of figuration. »

Vettel finished the race in 17th and last place. The other three drivers behind him on the board, Carlos Sainz, Nicholas Latifi and Sergio Pérez, were forced to retire.

Schumacher driver of the day

Blamed for his costly early-season crashes, Mick Schumacher is not only silencing his critics, but his two recent performances will also likely save his driving next year, with the American team Haas. < /p>

After scoring his first F1 points last week at Silverstone, he improved his game by finishing sixth in the Austrian Grand Prix.

In addition, Michael's son was awarded the Driver of the Day title ahead of Leclerc and Lewis Hamilton.