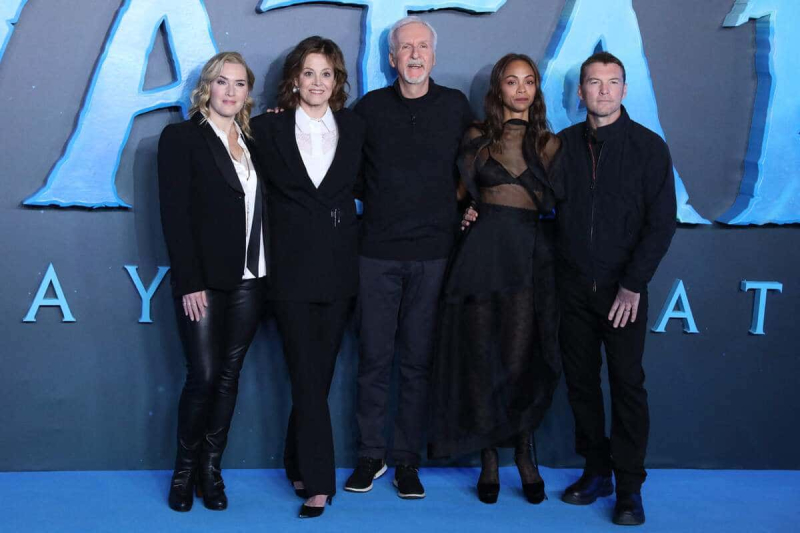 Fans and the cinema world have their eyes on London where “Avatar 2”, the most anticipated film of the year is screened on Tuesday evening by theaters hoping to finally forget the pandemic and make billions of dollars of receipts.

“Avatar: the way of the water”, signed James Cameron, arrives Wednesday, December 14 in French cinemas, and two days later in the United States, with a triple ambition: to surpass the first opus, the biggest success in the history of the world box office, denying the death of cinema in theaters, and giving birth to a saga as legendary as “Star Wars”.

Thirteen years after “Avatar”, which is approaching three billion euros in worldwide revenue, this second film takes the path of the star Pandora, light years from Earth, for a science fiction fable with an ecological tone. .

Shot like the first for 3D, with a mountain of digital images, the film stretches over 3:12. Contrary to James Cameron's predictions at the time, “Avatar” did not make it possible to widely impose the three-dimensional image in cinema, which requires the wearing of ad hoc glasses, but the director clings to this technology.

The secret on the plot is jealously guarded, but the film must make it possible to discover a new tribe of native extraterrestrials, living in the marine environment, and features the survivors of the first opus, Jake Sully (Sam Worthington), Neytiri (Zoe Saldana) and their five children. Kate Winslet joins the cast, a quarter of a century after “Titanic”.

Test for the industry

Like a hundred people, Dobrinka Perry, “a big fan of the film”, waited in the cold London to see the film crew. Her face made up in the same blue as the characters, she identifies with the two heroes: “I also have five children, I am also a fighter, I fight for my Pandora (…) for (the planet) that we We'll leave it to our children later,” she says.

“We've been patient for a long time” so “expectations are very high,” says Nelly Szabo, 23, from London, who says ” everything” love of the film, “the love story, the fight”, as well as the special effects.

“I really liked the first one, so I'm happy that there is finally a 2”, enthuses Geraldine Esteve, illustrator from Paris “for the red carpet, for the actors”. “I really liked the universe, the aesthetics,” she recalls. “Seeing it on the big screen was very beautiful, the colors, the lights…”

The film represents a huge challenge for James Cameron, undisputed king of the world box office, who chained records with “Titanic” then the first “Avatar”, which remains to this day the most profitable film in the world. Also at stake for Disney: the images of the third opus have already been shot and a new “Avatar” is planned every two years at least until the 5th, in 2028.

“I am always worried when a film is coming out and it's a particularly difficult time” after the pandemic, admitted the director, interviewed on the red carpet by the BBC.

“We have confidence in the film… it's a good experience, it's powerful, it's filled with emotion (…) but we'll see what happens,” he added.

“The release of the film is a big test for the world cinema industry, everyone is waiting for it”, analyzes for AFP Éric Marti, general manager of Comscore France, which measures and analyzes the audience of films.

“During two years, there were only for the platforms. For cinemas, this release is “The empire strikes back: the reaffirmation of the primacy of the room” over all other distribution channels, he adds.