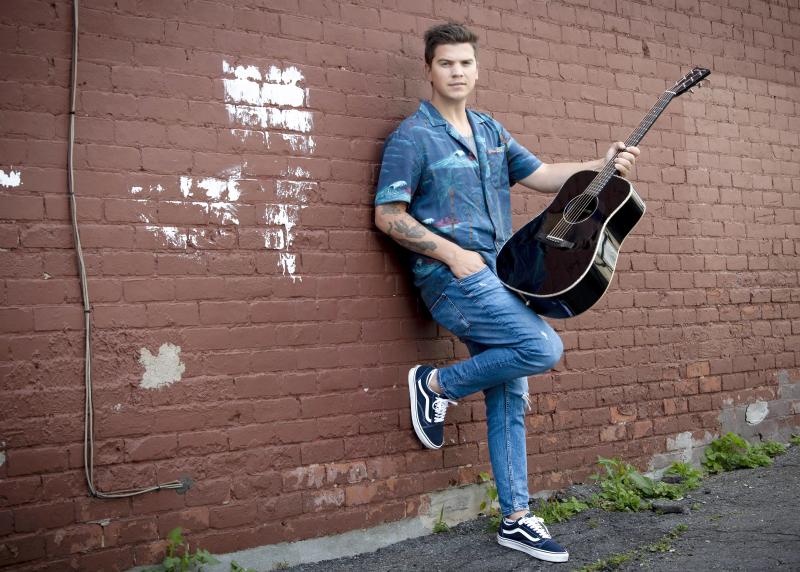 While embracing without restraint the musical heritage of his late father, Patrick, Ludovick Bourgeois is busy tracing with efficiency, since his victory at La Voix, his own trajectory in Quebec song. On his new compositions, he even promises a new sound. Intrigued?

After charming the country when she won top honors at the show Canada's Got Talent, in the spring, it's time to find out what the Saguenéenne singer Jeanick Fournier, and great admirer of Céline Dion, is getting excited about on record.

Twelve long years have passed since the last time Vulgaires Machins presented new songs. We have undeniably missed their sharp eye on society and their cutting melodies.

If we trust the excerpt The lights in the sky, Gaspé sisters want to dance pop. If their folk roots are still audible on the other songs unveiled so far, Escape Deathcould nevertheless mark a turning point.

Like Daniel Bélanger, the group of Drummondville has already established that it was not going to turn its back on a recipe that made its success when it launched the song Piscine hors terre, last month. The sense of melody and absurd humor remain his trademark.

In forty years of career, Martine St-Clair had strangely never gone through the almost automatic stage, for any artist who has accumulated tons of radio hits, from album to show. It's done in 2022 and we will finally be able to hear Tonight love is in your eyes, as performed on stage, in the comfort of our home.

In time slot full expansion of instrumental music made here, this is certainly the most interesting release of the fall. The Volume 1 of composer Mathieu David Gagnon's project delighted many people in 2019. We expect no less from his successor.

On Movies, the third track from their third album that the synth-pop duo recently presented, we can hear… guitar . It is clear that Laurence Lafond-Beaulne and Camille Poliquin want to explore new territories on these new compositions born largely in Los Angeles.

His very successful previous album, Blue, unfortunately fell through the cracks, because it was released two weeks before the onset of the COVID-19 pandemic. This time, no obstacle seems to stand in the way of the pop melodies of this gifted composer.

Thirty years after the release of his first album, the publication of a brand new Daniel Bélanger remains an event on the Quebec music scene, even more so when the wait has been long. Leaving aside his instrumental work Travelling, in 2020 it has been six years since his last songbook, Paloma. An eternity, it goes without saying.

If the first excerpt, released three weeks ago, does not destabilize Bélanger's admirers, it is nonetheless highly satisfying. Flanked by bassist Guillaume Doiron and drummer Robbie Kuster, I'd like to hear everything that's playing (in your head) recalls the best vintages, particularly the albums from the first part of his career, from an artist who likes to explore and give free rein to his creativity. For the nine other titles of Mercure in May, we meet in a month.