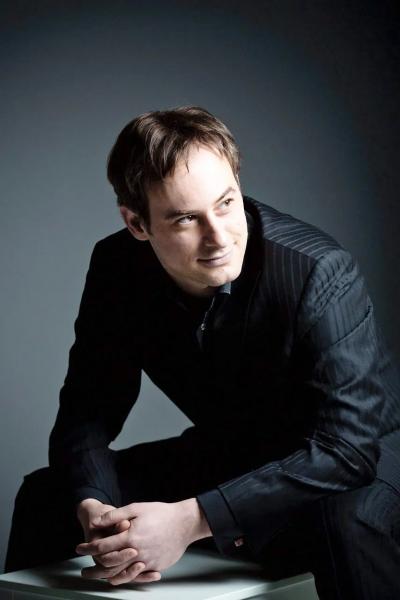 After having had to cancel its performances of La Traviata at the beginning of 2022, the Opéra de Montréal is doing it again with another great Verdi classic, Il Trovatore< /em>. This production will notably star Marie-Nicole Lemieux, Luc Robert, Étienne Dupuis and Nicole Car, with a staging by Michel-Maxime Legault and Jacques Lacombe as musical director.

The OSM music director will conduct Songe d'une nuit d'été op.61by Mendelssohn in a stage adaptation, by Catherine Vidal, alternating music and excerpts in French from the Shakespeare play on which the work is based. The concert will be completed by a masterpiece by Debussy: the magical Nocturnes.

Under the direction of their conductor Jonathan Cohen, the Violons du Roy will be surrounded by contralto Marie-Nicole Lemieux and countertenor Philippe Jaroussky to open their season. The two great lyrical artists will perform arias and duets by Händel.

Renowned worldwide for his interpretations of Chopin, the Lanaudière pianist Charles Richard-Hamelin also knows how to demonstrate his virtuosity in marrying the work of Mozart. He will reunite with conductor Jonathan Cohen to deliver the Concerto no 20 in D minor and the Concerto no 23 and its superb Adagio. Also on the program, the Adagio and Fugue for Strings.

The Orchester Métropolitain will launch a 42nd musical season marked by inclusion and cultural diversity with an original creation by Inuk artist Elisapie. This will be followed by ballet music for orchestra and choir Daphnis et Chloé by Maurice Ravel carried by the Orchestra and Yannick Nézet-Séguin.

< p>Bach fans won't want to miss this performance of the iconic Goldberg Variationsby the great Hungarian pianist, Sir András Schiff, renowned for his captivating interpretation. He is even affectionately nicknamed “Bach's grandson”, no less.

Lovers of the cult group will be numerous at the rendezvous for this first Montreal presentation of the show Histoire sans mots. Like the spring performances presented in Trois-Rivières, the arrangements by Simon Leclerc and the show carried by a staging by Marcella Grimeaux promise a fabulous dive into the heart of the lyrical, poetic and colorful universe of Harmonium.&nbsp ;

The orchestra will be conducted by conductor Dina Gilbert, Sylvain Quesnel will be on guitar and Luce Dufault will perform the vocal score of the title track of the concert Stories without words. As for Kim Richardson, her vibrant and powerful vocal performance in L'Exil suggests many chills.

The Opéra de Québec will open its season with the Opéra Bouffe Don Pasqualeby Donizetti, whose production had been canceled in 2020. Director Jean-Sébastien Ouellette will set the action in an imagined sixties in order to reflect the comedy of Ruffini's libretto and the wind of feminism that the work addresses.

The remarkable violinist Kerson Leong will perform on his Guarneri del Gesù the 1919 suite of Stravinsky's famous Firebird. The direction of the concert, which will open with Prelude to the Afternoon of a Faun by Debussy, will be entrusted to the young Canadian conductor Jordan de Souza. Leong will also reveal his virtuosity on Lalo's flamboyant Spanish Symphony. Ringelspiel, by Canadian Ana Sokolovic, is also on the program.

The return of Kent Nagano with Mozart and Schubert

The conductor emeritus will return to the Maison symphonique with a repertoire who is dear to him. He will first conduct the jovial Symphony no 3 by Schubert, composed at the age of 18. Then it will be all in Mozart with the Symphony no41, known as “Jupiter” and the motet Exsultate, jubilate with soprano Jane Archibald.

Les Cowboys Fringants as an encore

This is a great opportunity to see the popular Quebec group with the OSM if you missed the performances of the 2018-2019 season when they sold out six times. With Simon Leclerc on arrangements, the encounter between classical and popular music promises an exciting evening.

Carmina Buranaby Carl Orff promises powerful moments with the fiery conductor Jean-Marie Zeitouni who will conduct the famous cantata. We will find the solo voices Tracy Dahl, Benjamin Butterfield and James Westman and the choral portion will be provided by the Maîtrise des petits chanters de Québec and the OSQ Choir. As an opener: Prokofiev's symphonic suite, Love for Three Oranges.

The Beauty of the World

The highly anticipated opera The Beauty of the Worldwill finally be presented. This original Quebec creation, signed by playwright Michel Marc Bouchard and composer Julien Bilodeau, immerses the viewer in the Second World War when France has just suffered a defeat against the German army. The booklet is inspired by a real event, the historic and clandestine rescue of the works of the Louvre during this period, and tends to highlight the importance of art in our lives.

Soprano Aline Kutan, mezzo-soprano Rose Naggar-Tremblay, tenor Adam Luther and bass-baritone Vartan Gabrielian will join their voices with those of 100 choristers, accompanied by 70 musicians to present this masterpiece by Verdi. /p>

After the upheavals of the last two years, the Symphony no 2 in C minor by Gustav Mahler, known as “Resurrection”, was obvious for conductor Rafael Payare to inaugurate the 89th season of the OSM . The maestro will officially begin his mandate as musical director with this grand opening concert featuring this monumental work by the Austrian composer which takes us to the very heart of his existential questioning.

Payare will then begin a cycle by Mahler that will span several seasons and include the composer's symphonic and major vocal orchestral works, including the Symphony no 5 > and Symphony no 3, in March and May 2023. The Symphony no< /em>2 will be preceded by Time, a world premiere by Austrian composer Thomas Larcher. A great one-hour interview on stage, hosted by Kelly Rice with Rafael Payare, Thomas Larcher, will take place before the concert.