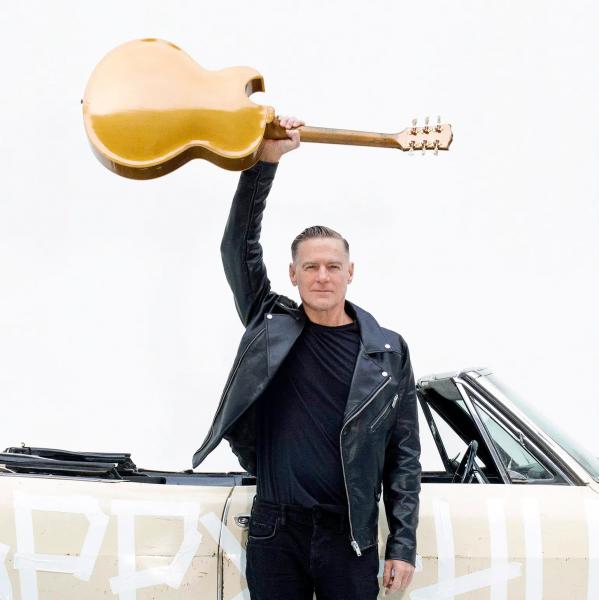 To mark the release of his 15th album, So Happy It Hurts, the rocker has embarked on a tour across the country. He will be at the Videotron Center tonight and at the Bell Center on Monday.

Punk group much loved by Quebecers, NOFX is back with us this fall. The musicians will be at the MTelus (September 16) and at the Agora du Vieux-Port de Québec (September 17, as part of Envol et Macadam).

This is a very, very rare visit to Montreal. On September 21, the legendary singer Tom Jones will play at the Théâtre St-Denis. According to our information, he had not come to our house since 2004! It's now or never to see the 82-year-old artist who has sold over 100 million albums in his career.

After receiving strong reviews from his seventh album, Pressure Machine, the Las Vegas band embarked on a North American tour this year. Brandon Flowers and his friends will be coming to the Bell Center on September 24.

Known worldwide for her hit Call Me Maybe, released in 2012, the 36-year-old Canadian has since released four albums, all of which have been very well received. She will be on September 24 at the MTelus.

A few months after a remarkable appearance at Star Académie, the French singer is back in Quebec with about fifteen dates of his show The happy days. At the Théâtre Maisonneuve (September 24-25) and at the Théâtre Capitole (September 30, October 1).

American Joshua Michael Tillman, whose real name is, is back in Montreal five years after his appearance at the Osheaga festival. He will perform songs from his new album, Chloë and the Next 20th Century. At MTelus (September 26).

One of the two living Beatles, Ringo Starr, returns to see us with his All Starr Band. The 82-year-old musician should offer several covers in this concert, including some pieces from the Fab Four. To be seen on September 26, at Place Bell in Laval.

Panic! At The Disco

Just over a month after the release of their seventh album, Viva Las Vengeance, Panic! At The Disco will be playing at the Bell Center on September 27.

Baptized Organic Tour, the new tour of the French singer is on a human scale and close to the public. A show that is said to be “rare, energetic, positive and generous”. At the Grand Théâtre (September 23-24) and at Salle Wilfrid-Pelletier (September 26-27).

To mark the 30th anniversary of her album The Visit, the famous singer Manitoba toured several dates in Quebec with The Visit Revisited. At Salle Wilfrid-Pelletier (October 2 and 9) and at the Grand Théâtre (October 5-6).

Very rarely coming to see us, Damon Albarn's band will only be making their fourth visit to us in more than 20 years of career. The very visual group will come to the Bell Center on October 8 to play their hits, including Clint Eastwood, Feel Good Inc., Rhinestone Eyes and On Melancholy Hill.

If you've never seen Wayne Coyne's band perform, now's the time to catch up. Each Lips concert is a huge, colorful party, complete with confetti, megaphones and big balloons. A concert from which you will not come out unscathed.

The years pass and the group from Chicago is still faithful to the post. Founded in 1988, Billy Corgan's band began a new tour with Jane's Addiction. At the Bell Center (October 26) and Videotron Center (October 27).

The crooner famous for his Christmas songs will be with us on October 18 (Bell Center) and October 19 (Videotron Center) . The Canadian will present songs from his most recent album, Higher, released last March.

Lovers of rock metal music will be served on September 15 (Centre Vidéotron) and September 16 (Place Bell) . Swedish cult band Ghost will be there with their Imperatour. It's none other than Mastodon who will provide the first part.

The popular French singer will perform seven concerts at the Quebec this fall. With his Trobador Tour, Cabrel will visit the Salle Albert-Rousseau (November 13), the Grand Théâtre (November 17) and the Théâtre Maisonneuve (November 19).

Two members of Radiohead (Thom Yorke, Jonny Greenwood) are part of this English trio which launched a brilliant first album last May. Needless to say, tickets sold out very quickly for their concert scheduled for November 25 at the MTelus. We heard between the branches that the show could also be moved to a bigger room to meet demand.

It took seven years to see the Belgian again on our stages. And for its return here, Stromae is doing things big with five concerts in arenas: Bell Center (November 25-26-27, December 14) and Videotron Center (December 11). It's going to dance!

Their concert this summer at the opening of Osheaga will remain in the annals of the festival, it was so breathtaking. During this show, the Montreal group with an international stature announced that it would end the tour of its very good album WE on December 3, at the Bell Centre.

But at the end of August, a bomb went off. Singer Win Butler was the subject of several allegations of sexual misconduct, reported by the American media Pitchfork. Even though he refuted each of the allegations, and had the support of his wife, Régine, Win saw his image immediately tarnished with many spectators, who then demanded to be reimbursed.

< p>Despite the storm, Arcade Fire decided to go ahead with their world tour, playing two concerts in Dublin days after the scandal broke. Canadian singer Feist, who was scheduled to open for several shows in Europe, has announced that she is withdrawing from the tour. As of this writing, the December 3 concert is still taking place in Montreal. It remains to be seen what reception the band will receive when they take to the stage.