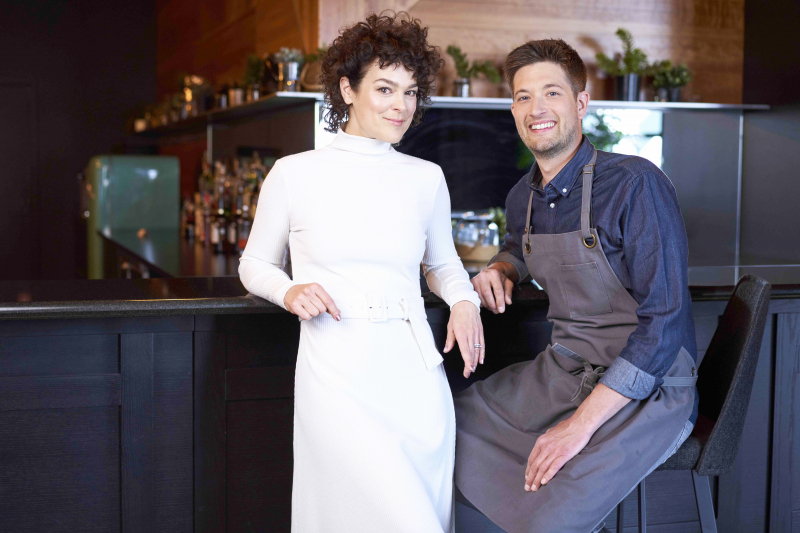 New productions come to us from everywhere. Specialty channels work actively to offer quality content that is part of their DNA in order to boost subscriptions. Here are some titles to help you make your choices.

Culinary competition led by chef Vincent Dion-Lavallée and Hélène Bourgeois Leclerc. We are immersed behind the scenes of the restoration with 12 candidates who dream of opening their establishment. Everyone will have to stand out, show leadership, show their entrepreneurial spirit, their qualities in the kitchen as well in order to get their hands on a $50,000 scholarship to invest in a first restaurant.

Jean-Michel Dufaux has made his passion for travel not only his job, but also his way of life. With his friend Benoît Roberge, he invites us to discover the Thailand he knows well and loves. It is a culinary, visual, spiritual immersion that he offers us. This series focuses on escape, discovery, but also on the authenticity of encounters.

A documentary series that follows the breathless and sensitive daily life of Urgences-santé paramedics. It is a privileged access to the ambulance, to the roads furrowed quickly, to the interventions to save lives. It is a look at delicate interventions. This is an opportunity to understand their motivations, their relentlessness, their dedication. It is a reflection on a profession that is at once difficult, essential and deeply human.

A documentary series that follows the vagaries of homeowners. We will see them invested in visiting buildings, managing tenants, renovations, moving. It's a different way of dealing with real estate.

5)Benoît among the Belgians

Traveler and epicurean, Benoît Roberge transports us to Belgium, a country that is rarely talked about, but with which we could have family resemblances. Benoît likes to meet people, chat, take the time. He is curious. From Belgium, he wants to know all the secrets, all the flavors. Go off the beaten track. With him, we will discover Brussels, Liège, Namur, Bruges, Antwerp.

This documentary series accompanies trans people on their journey of gender affirmation. They are at different stages of their lives and are about to experience a defining moment. We learn to know them, to understand them. We witness intimate reflections, their vulnerability, their hopes. We also discover the work that is being done at the GrS Montreal hospital, whose expertise is unique in the world so that these men and women transit with kindness towards their new appearance.

Sarah-Jeanne Labrosse loves architecture and design. In this series, she meets owners who have created extraordinary living environments in tune with nature. It is said that architecture is the art of integrating into the territory. She will therefore examine the impact of their projects and how they were thought out. We are likely to see some very beautiful houses there.

A few years after making Compostela, Dave Morissette and his 18-year-old son Zach take out their passports and buy themselves an open ticket. Destination: adventure and the pleasure of getting together. Our two sports enthusiasts take turns deciding what the next destination will be. Encounters with the world, but also a father-son connection seal the project.

Dynamic and authentic, Mélissa Bédard is on all fronts. His story is particularly touching. The singer, host and actress is also a mom. With her husband, they have 6 children. Now for the first time she settles in a house that is hers and that she can put to her liking. It is in the St-Émile district of Quebec that she has taken up residence. She opens the doors of her house to us, which she renovates and decorates, and of her life as a result. A well-embodied reno-decoration magazine from which a lot of emotions emerge.

The performances of animals in series or films are fascinating. A simple gesture often hides many hours of training. Based in Estrie, Jean Cardinal has been working with animals for forty years. He has domestic or farm animals as well as monkeys, tigers, bears or wolves. He participated in more than 1000 shoots. He shares this experience in this documentary series which highlights all the work he does with his furry, feathery and scaly accomplices.

Evelyne Charuest and Corey Loranger host this pan-Canadian real estate magazine that highlights neighborhood life. Every week, they help people looking for a house or a condo. Before undertaking the visits, everyone introduces the participant to a neighborhood in order to make a more informed choice that goes beyond the walls of a residence. Vancouver, Edmonton, Toronto, Quebec City and Montreal are some of the cities where our facilitators have tried to find the best places to live.

12) The devil's lot: the conquest of the sea

A 2nd season of events for this daring competition in which participants are propelled who must live like the settlers who settled in Gaspésie after the Great Depression. They will have to survive in the precarious conditions of the time by establishing a fishing camp and building traditional boats. Louis Champagne is the project manager. The winner will receive a $100,000 scholarship.

Comedian and host Luis Oliva sets off on the roads of Quebec to dig into ancient stories that mark the collective universe of the inhabitants of different regions. He unearths rumours, visits unusual places, recounts the journey of legendary characters. He goes to meet villagers, historians, witnesses in order to bring to life the unusual stories of our heritage.

Rémi-Pierre Paquin comes from Mauricie where he still has a cottage and where his family is settled. His pleasure is to welcome friends there. And that's exactly what he offers us by inviting the camera to follow his stays during which he tries to convey his passion for his area. It is a friendly show where sometimes incredible activities and more intimate confidences mingle. Patrice Robitaille, Phil Roy, Julie Le Breton, Stéphane Rousseau, Fabien Cloutier, Catherine Brunet and Pier-Luc Funk will come for a spin. It's not boring at Rémi's chalet.

Series of comedy sketches, filmed in Moncton, which highlights the challenges of shared custody. The actor Christian Essiambre signs the realization. As a parent, everyone is likely to find their way around, even if the situations are completely crazy. There is a gallery of nearly 500 characters portrayed by 73 actors, including around 30 children.

Musical meetings hosted by Stéphane Archambault. It highlights folk and traditional music and their festive side through the repertoire of different artists. The show was taped in Moncton, New Brunswick.

2022 is quite a year for comedian Christine Morency. As she prepares her first one-woman show, she multiplies her commitments on radio, television and on stage. In this series, we follow in her doubts, her moments of happiness and her goals this woman with an atypical career, recognized for her authenticity and her outspokenness. Privileged access to the world of humor and the creation of a show with an artist with a busy schedule and contagious laughter.

18)The crazy story of medicine

< p>The historian Laurent Turcot hosts this series in 3 episodes in which he recounts the upheavals, advances, diseases, treatments that have influenced the history of medicine.