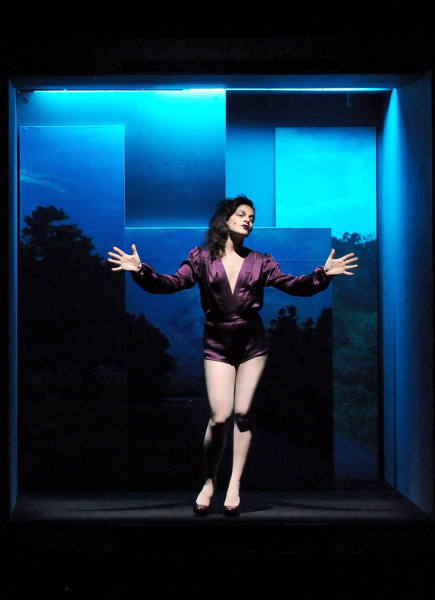 “It impressed me how his word and speech still remain so relevant”. This is how Marie Brassard describes the work of the writer Nelly Arcan who is the subject of the play The fury of what I think , which will be replayed at Espace Go, almost ten years after its first version in 2013.

” Nelly suffered a lot from the fear of aging and the obsession with the perfection of the body, she adds in a telephone interview. It hasn't changed all that much in our society. When I open my computer in the morning, I see these photos of 50-year-old actresses in bikinis to show that they are still attractive. I can not believe it. It annoys me. We are bombarded by this idea of ​​the body and of perfection. It is unattainable. »

The one who is once again directing has a lot of admiration for this famous creator who took her own life in Montreal in 2009.

“She has a gigantic intelligence, confides- she. She was maladjusted. Unfortunately, because she was blonde, with the appearance of a “bimbo” woman, she was not taken seriously.

This proposal will be very similar to the production which had been very successful when it was launched in 2013 and resumed in 2017. There are several actresses who were there originally, including Christine Beaulieu, Evelyne de la Chenelière, Julie Le Breton and Sophie Cadieux, who had the idea of ​​creating this show.

“I wasn't tempted to make any major changes,” explains Marie Brassard. What is interesting is that these actresses are from the same generation as Nelly. They are ten years older than they were then. They have gained life experience. ”

“It is a great gift to do this show again. At first, these actresses didn't really know each other, but they became great friends. It is a great pleasure to work with such a warm group. We laugh a lot.”

Not a biography or a story at all, this production presents a collage of some of the novelist's writings, which are transposed into seven short parts.

Loneliness and suffering, faith and madness, the power of attraction and death, as well as the image and the body are notably addressed in these paintings.

Marie Brassard specifies that the purpose of the show is to highlight the writing of Nelly Arcan. “It is the intelligence that transpires in her work, she believes. It's the depth of thought and the way to present it.

Despite progress on equality and the emergence of movements like #MeToo, the one who worked extensively with Robert Lepage believes that this proposal remains as necessary as it was ten years ago.

“The achievements are still fragile,” she notes. For example, with the right to abortion which is questioned in the United States. You have to constantly be on the lookout. We must claim otherwise there can be brutal and rapid turnarounds. »

The fury of what I think is presented from November 8 to December 3 at Espace Go.