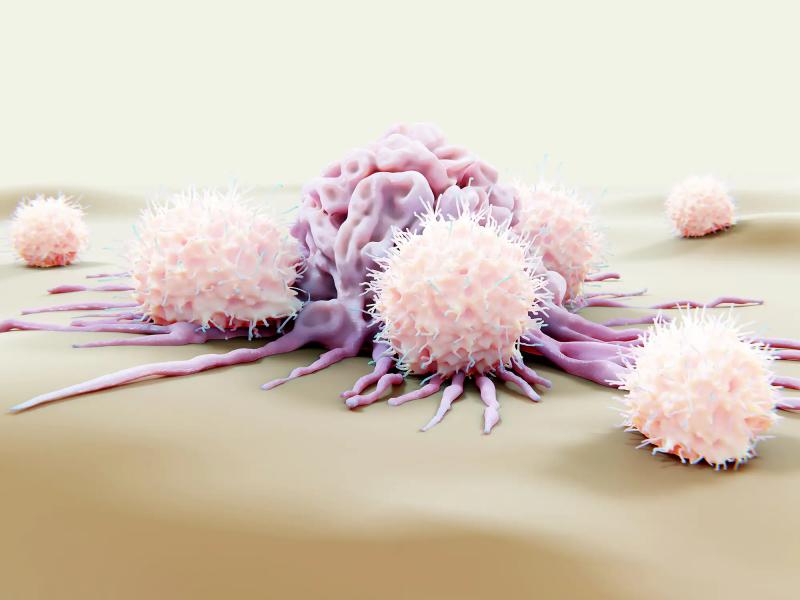 The success of the treatment of certain types of breast cancer can be increased thanks to a metabolite formed by certain intestinal bacteria.

About 12% of all breast cancers are triple negative cancers (TNBC), that is, they do not express estrogen (ER-), progesterone (PR-) receptors or human epidermal growth factor (HER2-). This feature severely limits treatment options, as the most effective breast cancer treatments specifically block tumor growth stimulated by either of these receptors.

The prognosis associated with this type of cancer is therefore generally worse than for other forms of breast cancer, especially since TNBC tends to be an aggressive type of cancer, which is often diagnosed at a more advanced stage. and which has a high potential to form metastases. It is therefore urgent to find better treatments for this cancer, especially since it disproportionately affects younger women, before the age of 40.

One of the most promising new therapeutic approaches is undoubtedly immunotherapy, based on the use of antibodies that activate the immune system and allow certain white blood cells (CD8+ cytotoxic lymphocytes) to attack cancer cells.

This approach has achieved remarkable cures for several very aggressive and advanced cancers that were previously considered incurable (metastatic melanoma, in particular). However, these successes are not universal: some cancers remain insensitive to immunotherapy and, even in the case of cancers that respond to it, there is a total absence of benefit on the survival of some patients. The mechanisms responsible for this resistance are complex, but it has recently been shown that the composition of the intestinal microbiome (the hundreds of billions of bacteria present in our digestive tract) could play an important role in this phenomenon (1).

Triple-negative breast cancer is a good example of this resistance to immunotherapy, with only a minority of patients responding favorably to treatment. To determine whether gut bacteria might be responsible for these differences in response, researchers analyzed in detail the composition of 360 samples from TNBC cancers (2).

Surprisingly, they first observed that these tumors were colonized by a large community of bacteria and that there were important differences between tumors sensitive and insensitive to immunotherapy. In particular, they noted that susceptible tumors had much higher levels of Clostridia bacteria and a metabolite produced by these bacteria, trimethylamine N-oxide (TMAO).

Subsequent experiments indicate that this TMAO truly plays a key role in the success of immunotherapy against TNBC cancers. First, the presence of higher levels of TMAO in female patients is correlated with a positive response to immunotherapy. Moreover, the addition of TMAO to immunotherapy causes better infiltration of tumors by cytotoxic T lymphocytes and inhibits tumor growth in animal models. This activation of lymphocytes is caused by the toxic effect of TMAO on cancer cells: researchers have discovered that this molecule specifically activates the process of pyroptosis, a form of inflammatory cell death. The breakdown of cancer cells, combined with the presence of strong inflammation, then attracts cytotoxic lymphocytes to the microenvironment of the tumor and allows its elimination.

An interesting aspect of TMAO is that this metabolite is naturally formed by intestinal bacteria from choline, a molecule naturally present in several foods (eggs, soybeans, cod, etc.). It is likely that this transformation may play an important role in the efficacy of immunotherapy, as animals fed a diet rich in choline have been observed to show higher levels of TMAO in tumors and a reduction in the growth of cancer cells.

These results therefore raise the interesting possibility that simple changes to patients' diets may improve the effectiveness of immunotherapy against triple-negative breast cancers.