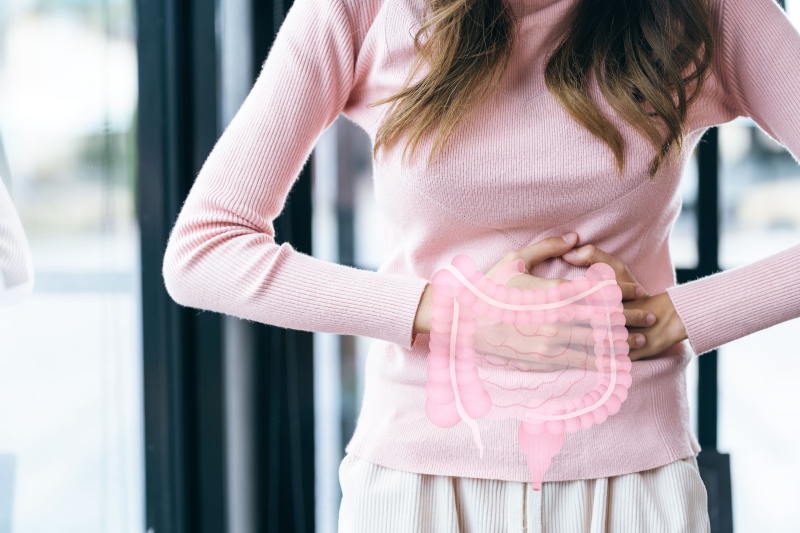 A study reports that certain bacteria present in the colon produce a new class of genotoxic molecules that promote the development of colorectal cancer.

Two-thirds of all cases of colorectal cancer occur in people with no family history or who do not have inherited genetic mutations that predispose to this cancer. In the vast majority of cases, it is therefore external factors, often linked to lifestyle, which are responsible for the accumulation of mutations in the DNA necessary for the appearance and development of colorectal cancer.

Bacteria under the magnifying glass

In addition to well-documented risk factors for colorectal cancer such as overweight, physical inactivity and diet (too much meat, not enough plants), more and more researchers are interested in the contribution of intestinal bacteria, the microbiome, to the development of this cancer.

For example, it has been shown that certain bacteria (Fusobacterium nucleatum) are present in large numbers in colorectal tumors and play a crucial role in their development1.

The gut microbiome appears to have another, more drastic way of causing colorectal cancer by producing toxins that damage DNA to create genetic mutations.

One of the best examples is the colibactin produced by certain strains of Escherichia coliwhich fuses the two DNA chains together and causes breaks that can promote the genetic instability necessary for tumor progression2.

New toxins for the genome

A recent study suggests that this type of carcinogenic toxin would also be responsible for the increased risk of colorectal cancer observed in patients with inflammatory bowel disease such as ulcerative colitis or Crohn's disease3.&nbsp ;

By analyzing the main bacteria present in the stools of 11 patients suffering from one or other of these diseases, the researchers identified 18 strains capable of damaging DNA, including a bacterium called Morganella morganii, known to be present in higher amounts in the microbiome of patients with inflammatory bowel disease as well as those with colorectal cancer.

Further biochemical analysis allowed them to show that the genotoxins produced by this bacterium were molecules unknown until now, which they named indolimines.

In a model of colorectal cancer in the mice, colonization of the intestine by strains of M. morganii significantly increases the number of tumors that develop in response to a carcinogen.

Until now, it was considered that the increased risk of colorectal cancer that affects people with inflammatory bowel disease was mainly a consequence of the chronic inflammation caused by these pathologies. The results of this study suggest that imbalances in the microbiome, combined with toxic molecules produced by microbial metabolism, could also play a leading role in the development of this cancer.

Since the indolimins identified in this study are all formed from three essential amino acids (leucine, valine and phenylalanine), it will be interesting to determine whether changes in dietary protein intake to reduce these amino acids could influence the risk of colorectal cancer.