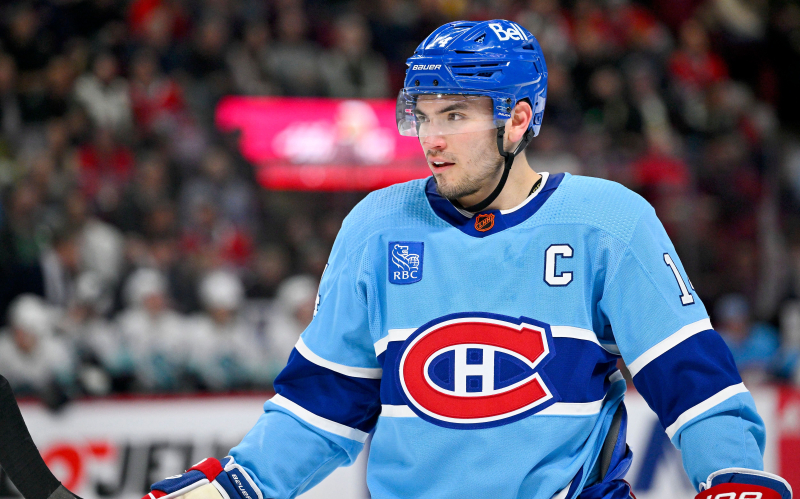 The Canadian's debut was far from spectacular and this team seems to be at its best when it trails by two or three goals. This is what I call being in a bad comfort zone.

This is one bad trick, among a few others, and it is up to the players to take responsibility. 23-year-old captain Nick Suzuki needs veteran help, but are there any who can shake the apple tree apart from maybe Brendan Gallagher? He will, however, miss six weeks.

The train has derailed and I was writing recently that defeat must hurt, but I don't yet feel the energy of despair or the unwillingness to lose. A Corey Perry and a Shea Weber in the entourage would certainly help.

I have no idea if the CH will right their boat, but I don't want to see the end of the season in freefall despite the lure of Connor Bédard.

If veterans want to leave Montreal and attract the attention of Stanley Cup hopefuls, it is in their interest to show relentlessness, like Arturri Lehkonen last year, or even Ben Chiarot. Jeff Petry is a different case.

I sympathize with the coach, Martin St-Louis. He wants more engagement, but he's stuck. We feel his frustration and it is justified. His team is younger and more promising than last year, but not better, and his options are limited.

Without neglecting the collective aspect, I believe that he must work more on an individual basis with the right elements and he already does this more than the majority of coaches, but the notion of personal pride must stand out.

What the Canadiens are going through reminds me of our 2000-2001 season when we finished dead last in our division. At 24, it was my first chance at number one goaltending, and by the second half of the season we were almost out of the playoff picture.

The wins weren't always there and it didn't change much to our rank in the standings, but I built my confidence and it allowed me to continue the following year when I won the Vézina and Hart trophies. We even eliminated the Bruins in the first round.

I guarantee you that I would never have had such a good 2001-2002 season if I hadn't hung on in 2000-2001. I think that attitude of challenging yourself is important, and that's kind of what you usually see from the trio of Suzuki, Cole Caufield and Kirby Dach as well as young defenders Arber Xhekaj and Kaiden Ghule (unfortunately injured ).

On the other hand, experienced attackers only work in sequences. Players like Jonathan Drouin and Evgeni Dadonov are out of contract and need to realize where they are in their careers. Dadonov is at 33, but Drouin at only 27. How does he want to define his career?

Managing Director Kent Hughes is taking notes, but will he move quickly? One thing is certain, keepers will have to start stealing games again. Jake Allen and Samuel Montembeault saved the day until mid-December, but that's been thin for some time. Urgently recalled, Cayden Primeau may have the chance to add his two cents.

In short, everyone has things to prove in this training, and that's where pride can make the difference.

It's a good week to talk about Juuse Saros, whom I admire a lot and with whom I identify, because we are of the same size. The Predators goaltender will likely be the last No. 1 in NHL history standing under 6 feet tall and I love watching him play. He is explosive and has cat-like reflexes. His moves are precise and he defies the belief that little keepers can't play often. It's all to his credit. He excels every year and one of the reasons for his consistency, in my opinion, is that he learned a lot as an assistant to the excellent Pekka Rinne for three seasons. That's what Carey Price lacked in his early days, a model goaltender with experience.

Congratulations to Connor Bedard, Joshua Roy and all the members of Team Canada for their gold medal at the World Junior Championships. I love this tournament and it was good to see the course of countries like Czechia and Slovakia. Roy played an important role in this conquest. Bedard shattered tournament records, but most importantly, he scored the goal in overtime against Slovakia, averting disaster for Canada. He stood out when it mattered most, the mark of great players. He's even better than I thought.

The Pittsburgh Penguins defenseman is having a tough season, d first for having suffered a stroke, then because his father died. I offer my condolences to him and his entire family. I highlight the fact that his teammates went to the funeral in Montreal on their way back from Arizona, after a 10-day trip. It shows how much we support each other at the Penguins.