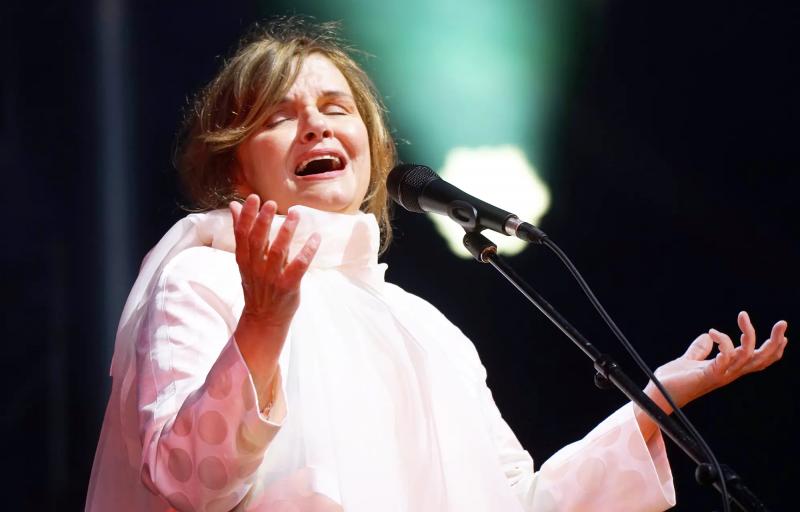 After an edition presented in a different configuration due to COVID, downtown Baie-Saint-Paul will vibrate again during the 13e Festive edition! which will be launched tomorrow with Bran Van 3000 and the French formation Polo & Pan.

A few hours before the first shows, the general and artistic director Clément Turgeon feels a certain excitement.

“This feeling of invading the city, it was really missing last year with several scenes that had been put aside,” he said.

An edition that will continue until Sunday and which will feature Salebarbes, Death From Above 1976, SUUN, Bon Enfant, Gros Mené, Loud, Lisa LeBlanc, Lou-Adriane Cassidy, Les Louanges, Le Québec Redneck Bluegrass Project, Diane Tell and others.

The French group L'Impératrice, who was one of the big catches of the Festif!, had to cancel their performance due to a case of COVID.

She was replaced by the collective of Verdun Clay and Friends and brought a promotion for Hubert Lenoir who will be featured Friday evening on the main stage.

Asked about the essential shows of this 13th edition, Clément Turgeon admits to having a weakness for favorites from elsewhere and for artists that people know less.

“There is the Texan collective Golden Dawn Arkestra, Friday evening, at the MicroBrasserie Charlevoix Stage, L'Orchestre Tout Puissant Marcel Duchamp from Switzerland, who will give two shows, and the group Daddy Long Legs from New York and their blues- quite crazy garage which will be really cool to discover, this evening, at the end of the evening, at the Garage du Curé”, he pointed out.

Clément Turgeon specifies that these three shows are free.

“There is free programming where you can find little gems of programming. It's worth lingering over. There is something for everyone,” he said.

After canceling his scheduled visit in 2018, Bran Van 3000 will perform tonight at 8 p.m. at Place Desjardins to to mark the 25th anniversary of the album Glee.

This will be a first visit for James Di Salvio and his gang to the small Charlevoix municipality.

“Everyone says this event is special. It looks like, on a smaller scale, the Coachella Festival where people have to travel to attend this event. They leave the city to experience something special and with the magic of nature. I can't wait to find out,” he said in a telephone interview.

Back on stage after a seven-year absence, the group that produced the hit Drinking in LAlives a joy that the Bran Man Di Salvio qualifies as total after a few concerts. “We can not ask for more,” he said, adding that the formation intended to make the Festive dance! “It is our reason for being. »

French electro duo Polo & Pan, made up of Paul “Polocorp” Armand-Delille and Alexandre “Peter Pan” Grynszpan will be the stars of the first evening of the Festif!

Fred Fortin, Olivier Langevin and Gros Mené will play in the end of the world setting of the Pit à sable.

Member of the mythical Eric's band Trip, Julie Doiron will perform with her spouse Dany Placard in the enchanting setting of the Quai de Baie-Saint-Paul.