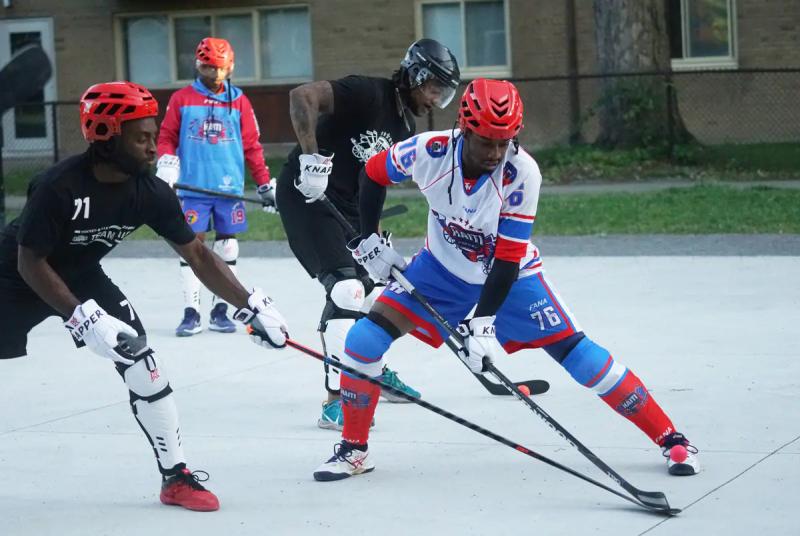 Thanks to an exemption from its sports federation that allowed it to recruit from the diaspora, the Haitian ball hockey team turned to Montreal to fill its workforce. As the World Championship takes place for the first time in Quebec, its players want to prove that hockey is accessible to black people.

“When I was approached to tell me about a Haiti team project, I didn't laugh, but I said: are you serious? There is no one in Haiti who plays hockey,” recalls, with a burst of laughter, Ainslie Bien-Aimé, who is both the general manager and the head coach of the team participating in the world scheduled for June 21 to 27 at Place Bell in Laval.

This first discussion dates back to 2014. At the time, he represented the Canadian team, with which he had won a world championship seven years earlier. Despite his initial skepticism, the idea of ​​representing the country of his ancestors was irresistible.

“I always had a dream of being able to play on a team that was made up of black people, people like me who looked like me. . In ice hockey, I could not identify with many professional players,” he says.

Mr. Bien-Aimé was first captain of the Haitian team in its early days. His playing career over, he wanted to put his knowledge to the benefit of the team in another way, agreeing to become its general manager.

“As I got older, I I realized that it was not necessarily the players who were missing, but that there was a problem in terms of the structure to ensure the sustainability of the program,” he explains.

Thanks to an “Inheritance” clause from the International Street & Ball Hockey Federation (ISBHF), national teams can recruit players from the diaspora, provided that at least one of their parents was born in the country they represent.

Among the players of the Haitian formation, the assistant-captain and right winger Stevens Jean Denis is in his fourth participation in the World Championships. Although he has not yet had the opportunity to visit his late parents' native country, he is proud to be able to represent it on the international stage.

“It's a way for me to give back to the community. The fact of not having been able to go there and experience what my parents went through, and see where they come from, for me, it is a concrete way of returning to the country,” he says. /p>

For his part, Alexandre Racette is in his first participation with the team. Engineer by day, he evolves to the position of right winger within the team.

“You don’t see a lot of black people playing hockey. The fact of being able to represent us in the world championships allows us to demonstrate that we can do any sport,” he mentions.

It is also one team goals: to be able to inspire young people in the black community and show them that they can do anything.

“When I was younger, I experienced racism, like many black people. This is even more obvious in the hockey world, underlines Mr. Jean Denis. We want to show that we are capable and that sport is for everyone. We don't have any complex to have.”

-It is a variant of hockey, which is played on a hard surface, with an orange plastic ball.

-In official competitions, the games are played in standard size hockey arenas, with five players and one goaltender per team. The periods, three in number, are 15 minutes long.

-The International Street & Ball Hockey Federation (ISBHF), which governs the sport, was established in Canada in 1993.

-Three years later, in 1996, the first World Championship was held in Slovakia. Since then, it has been held every two years. The last four editions have been won by Slovakia.

-In some countries, players are paid for playing the sport. However, this is not the norm in Canadian leagues.