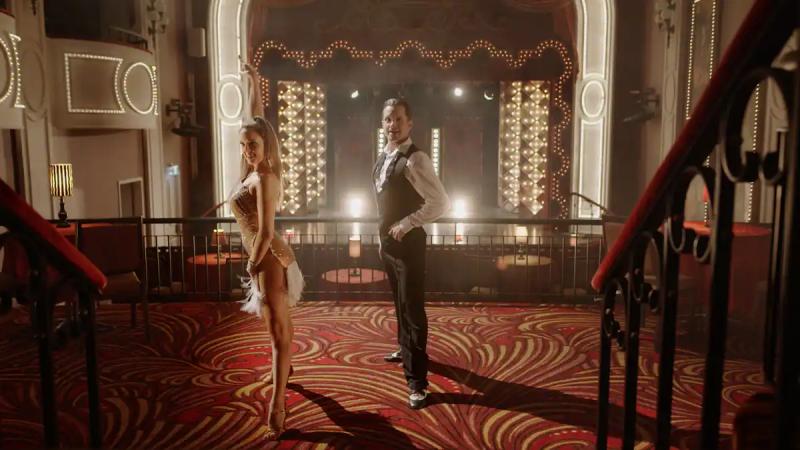 Often diluted or shunned in the offer that dance shows, as numerous as they are, sports dance is nevertheless very much alive and abounds more than ever both on the international scene and in Quebec .

In True's new documentary series Ballroom Fever(watch the trailer here< /strong>), the former world champion Jean-Marc Généreux, also a choreographer and known as the flamboyant judge of several dance shows such as Révolution, So you think you can dance Canada and Dancing with the Stars, accompanies in their efforts three couples evolving in the three competitive spheres of the world circuit, namely amateur, new professionals and veteran professionals.< /p>

“I really wanted to shed light in depth on a style of dance which is not well known enough and which has often been stereotyped, and attached to a certain generation, but which in reality is very lively and very contemporary”, underlined Jean -Marc Généreux, who idealized the project, in an interview with Agence QMI.

“Ballroom fever”, available on Tuesday on Vrai, makes an incursion into the world of dance sport through three pairs of dancers by Jean-Marc Généreux.

Divided into six parts, the documentary follows the journey of Virginie Primeau-Poirier, whose parents are former professional dancers, and her Ukrainian partner Nikita Druzhynin, of the couple, who had just turned pro when the COVID hit. , formed by Bianca Champagne and Vincent Corriveau, as well as ex-rising star returning to competition Jean-Philippe Milot and his new partner Fijie Hering.

“Too often, dancers have been taken for a setting that moves, a foil to the singer or a foil to the actor, here we are in the process of demystifying that and giving the opportunity to artists who have chosen to live from their art of shining,” said Jean-Marc Généreux, who hopes to inspire and move with his docu-reality while promoting the dancers and the efforts of these artists who practice competitive dance.

Dance sport has evolved a lot in recent years. “There has been a game of musical chairs in the explosion of dancesport on the planet. New countries have been added, especially Eastern [European] countries which have taken up a lot of space. It is certain that the more countries you invite, the more the percentage of Quebecers decreases, but the fact remains that Canadians, we are important players on the world stage”, specified the dancer and choreographer.

At the hen he played on the world circuit, at most thirty countries were represented in the competitions. There are now more than 80 of them, divided into three associations.

Virginie Primeau-Poirier, whose parents are former professional dancers, and her Ukrainian dance partner Nikita Druzhynin are participating in the documentary “Ballroom fever”, available from October 4, 2022 on Vrai.

“Unfortunately when it gets big everything gets more expensive and when it's your passion and you do it 24/7 it gets very expensive. Not at the beginning, but the couples that we follow [in the documentary series], for example, they have invested everything they have in their careers,” he added, stressing that if he and his wife , France Mousseau, have had the chance to have some sponsorships during their career, this is not the case for all dancers today who sometimes have to make big sacrifices to live from their art or who aspire to it.< /p>

Jean-Marc Généreux and France Mousseau did not even have 20 years when they left the province to conquer the world. “We left for 20-25 years on all continents to defend the colors of Canada in shows, in competition, on TV, everywhere, but not at home and this strange outcome is Revolution which gives me the opportunity today to talk about what I like”, explained Jean-Marc Généreux.

This program is also, according to him, the perfect platform to attract the best dancers in their style. The three couples at the heart of “Ballroom Fever” all took part.

Produced by Fair Play, in collaboration with Quebecor Content, Ballroom Fever takes place on True as of Tuesday.