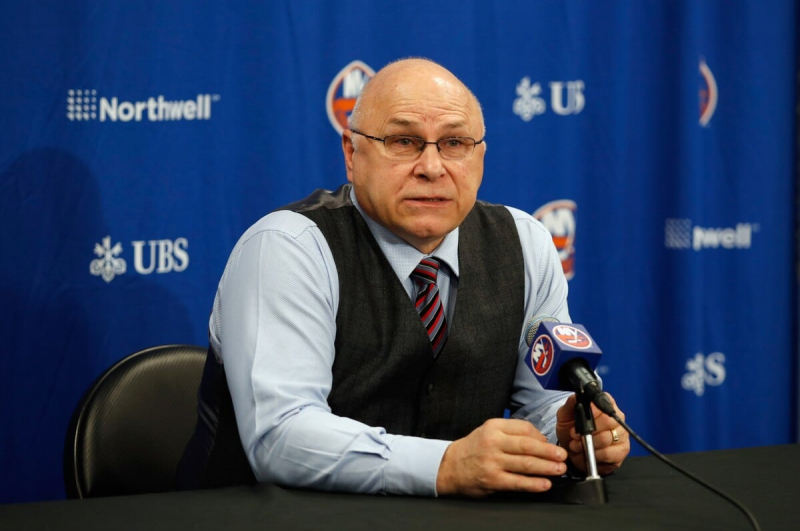 The reputation of ex-head coach Barry Trotz is well established. He thus has the luxury of waiting for an offer that suits him to return to the National Hockey League (NHL).

The former Nashville Predators, Washington Capitals and New York Islanders pilot admitted that he did not feel quite ready to return behind the training bench. However, if one of the original six teams contacted him, he would consider ending his sabbatical.

“I never managed one of the original six teams, he noted during his appearance on the “Cam and Strick” podcast on Tuesday. It would intrigue me. These teams have always intrigued me. But the Canadian teams and those in the New York area also pique my curiosity.”

“I think it takes a special player and a special coach to play in Canada, because the pressure is different.”

Winner of two Jack-Adams trophies and Stanley Cup champion with the “Caps in 2018, the 60-year-old has an almost unrivaled background among active head coaches. His 1,812 regular season games make him the second most active driver in history, behind a certain Scotty Bowman (2,141), while his 914 wins place him third.

Last June, he announced that he was not going to commit to any team for the 2022-2023 season in order to spend time with his family. He came close to breaking that promise when the Winnipeg Jets, his hometown organization, approached him before eventually signing Rick Bowness.

“The first thing is, I I'm not ready yet, Trotz had justified. For everything to be in place and for me to settle my family affairs, it would be necessary to wait until the beginning of December. Then I'll probably take a little vacation in a hot country. But after that…”

Among the head coaches of the original teams, one can speculate that that of the Toronto Maple Leafs, Sheldon Keefe, is more in the hot seat. The Boston Bruins, Chicago Blackhawks, Montreal Canadiens and Detroit Red Wings all hired new coaches this offseason, while Gerard Gallant appears to be in good shape with the New York Rangers.