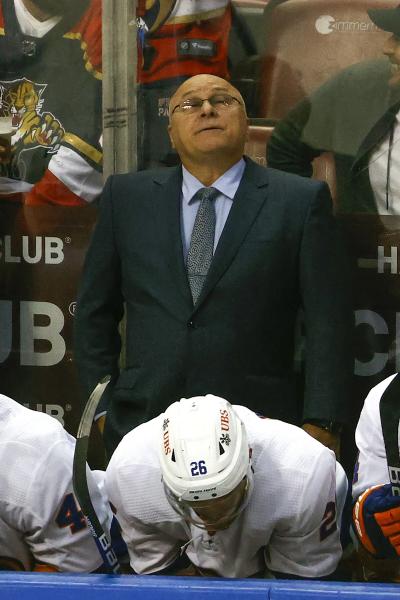 Without a job for the next season, the experienced Barry Trotz has refused to become the new head coach of the Winnipeg Jets.

The man of The 59-year-old would have told Team Manitoba that he wasn't ready for the job just yet, Sportsnet reported Friday. He was not convinced by the tempting offer of the Little Brown Jug Brewing Company, which promised him free beer for life if he agreed to join the Jets.

Trotz has been employed in the National Hockey League since the 1998-99 season, the year he began his 15-year reign with the Nashville Predators. He was recently behind the bench for the New York Islanders, who fired him a month ago after the team failed to qualify for the playoffs.

The Winnipeg native also coached the Washington Capitals for four years, winning the Stanley Cup in 2017-18.

In addition to the Jets, the two-time Jack Adams Trophy winner would have met the Red Wings of Detroit, Vegas Golden Knights and Philadelphia Flyers in the offseason. If the last two teams have found their man, the Wings are still looking for a new pilot.

This is also the case for the Boston Bruins and the Jets, who have seen Paul Maurice step down on his own at the end of the 2021-22 season, after nine campaigns at the helm. The Chicago Blackhawks have reportedly hired Montreal Canadiens assistant coach Luke Richardson.