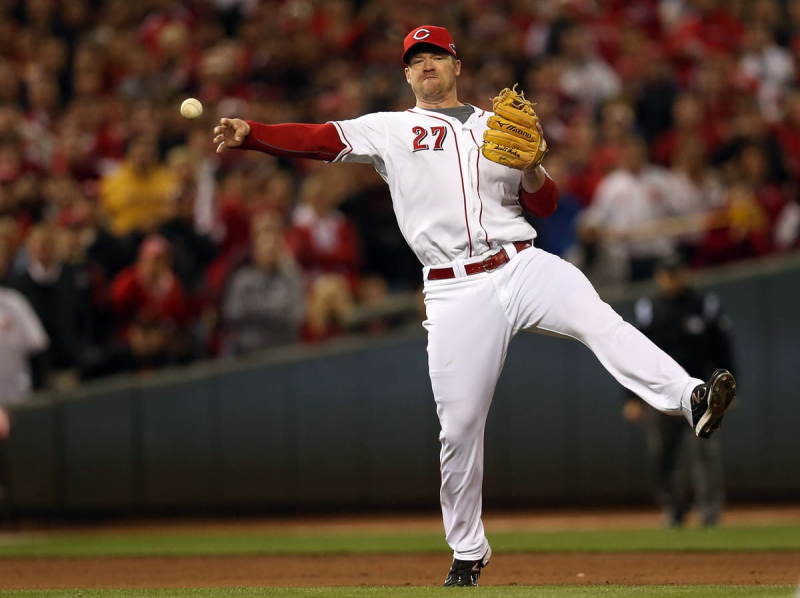 Former Toronto Blue Jays Scott Rolen was the only player to earn his ticket to the 2023 Baseball Hall of Fame on Tuesday.

< p>Rolen, in his sixth year of eligibility, received 76.3% of the votes from the Major League Baseball Reporters Association. He will only be the 18th third baseman to receive such an honor, the fewest of any position.

Surrounded by his family, Rolen struggled to hide his emotions during a video conference call broadcast on the MLB Network channel.

“This is my family here. This is where it all started in my life. This is the answer to everything that happens, he launched. You don't think [of the Hall of Fame while playing]. You think about doing your best, playing for your team. I never thought of the Hall of Fame.”

According to the official major league website, Rolen is the player with the largest increase in support from journalists when only 10.2% of them endorsed his induction in his first year of eligibility. .

Questioned in what cap he wishes to be immortalized, Rolen offered a politician's answer, wishing to avoid any controversy…for now.

“I am lucky to have no idea what this situation can look like. I don't know what is recommended. I'm so uneducated on the issue that I'll take the advice,” he said, before speaking of Philadelphia in the first place during the customary acknowledgments.

Rolen was the National League Rookie of the Year in 1997 and was invited to the All-Star Game seven times. He also got his hands on eight Golden Gloves; only Brooks Robinson (16), Nolan Arenado (10) and Mike Schmidt (10) have won more at third base.

Todd Helton (72.2%) and Billy Wagner (68.1%) were the two players who came closest to induction among the 27 athletes dismissed. Jeff Kent, who was in his 10th and final year of eligibility, will now be dismissed by virtue of his 46.5% support.

The induction ceremony is scheduled for July 23 in Cooperstown , in New York State. Fred McGriff, who was nominated by the Contemporary Baseball Era Committee in December, will also be memorialized.