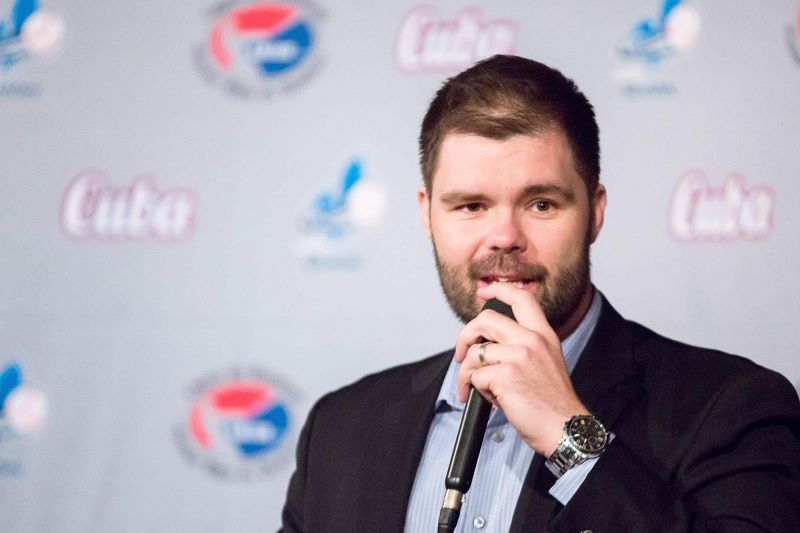 Baseball Quebec leaders firmly believe that their project to provide quality infrastructure to its best prospects can materialize in the short or medium term.

The players of the Baseball Academy of Canada (ABC) have been confined to the gymnasiums of the Complexe sportif Claude-Robillard in facilities that are not worthy of the best prospects in Quebec since the birth of the program more than 30 years ago.

Chased from Claude-Robillard during the pandemic, the fifty or so players spent the winter in two private centers.

“It's buzzing on the North Shore of Montreal with dome projects and I hope that we will be entitled to announcements in the next few months,” said Baseball Quebec General Manager Maxime Lamarche. We want a fixed home for our hopes that would house the premises of the ABC. Baseball is healthy and the progression will continue in the coming years. The project of a home must materialize and not in 15 years. »

« For the best players in Quebec, the solution of training in a gymnasium is not viable, to sue Lamarche. It can't be forever because it slows down the development of players. »

“The ABC offers a very good quality of services and relies on extremely competent stakeholders, underlined the president of BQ Marc Vadboncoeur, but we do not have the infrastructure. That's why we work with municipalities and promoters to find a place to host our best players. This is a major issue and it should unblock in the short term.  »

“Our program has nothing to envy anyone and that's why we work with stakeholders who have projects,” added Vadboncoeur. We want to commit to the very long term. »

Lamarche believes that the success of the Canac stadium in Quebec, which hosts players from the Canonniers de Quebec sport-studies program, is a model to follow. “Michel Laplante has shown that it is a viable model, mentioned Lamarche about the president of the Capitals of Quebec. He has demonstrated that it is profitable and he reinvests the profits. It has existed since 2017 and we must push this model. With the population we have, it is not normal that we have only one dome in Quebec. »

If discussions continue to find a promoter or a city ready to commit to the North Shore of Montreal, Baseball Quebec ensures that it is open to all options. “If it doesn't work in Montreal, Quebec can be a very good option,” said Lamarche. We don't close the door.” Vice-president of BQ and former outfielder in the organization of the Los Angeles Dodgers and the Montreal Expos, Mark Griffin makes similar comments.

“ We have to be very open with the objective to offer good stability to our players and a complex worthy of the name. We must repeat the Quebec model elsewhere. »

The organization does not feel threatened

The presence of a ten players from Quebec in the Okotos Academy Dawgs does not worry Baseball Quebec.

This baseball program located an hour south of Calgary has facilities that any teenager would dream of.

“We are one of the top five baseball programs in Canada,” says the general manager of Baseball Quebec, Maxime Lamarche. There have always been Quebecers in programs elsewhere in the country. It seems more now because there is a big group in Okotos. ”

While the goal of developing prospects for American colleges remains the same, the two structures are completely different. The Canadian Baseball Academy (ABC), which welcomes the best players in Quebec, is a non-profit organization (NPO) while the Dawgs are a private company.

“The more good players we develop, the more they are recruited,” said Lamarche. A private structure like the Dawgs needs good players to earn money. They rely on extraordinary infrastructure and a summer league that generates revenue. »

The ABC program is limited while the Dawgs is offered to all players whose families have the necessary financial means. “Not all players are accepted at the ABC,” said the CEO of BQ. Good players in the midget AAA and sport-study network see an interesting opportunity to study in English. »

“We are in competition and we have to woo the best players, but we don't want to go in the direction of offering scholarships to the best. As a federation, our mandate is to develop excellence and we must be fair with everyone. »

A full season at the ABC costs $9,500 plus tax. In Okotos, the best hopefuls receive scholarships which can cover a good part of the costs while others have to pay the total. We are talking about costs of $12,000 in addition to the pension costs which amount to $600 per month.

The ABC has three main objectives.

“As a program, we want to offer our players an opportunity to be recruited by an American JuCo [junior college], to reach the national junior team and to be drafted into major league baseball,” said Lamarche. Not all young people have the talent to make it happen. There are other options available to them that have nothing to do with the quality of the baseball.