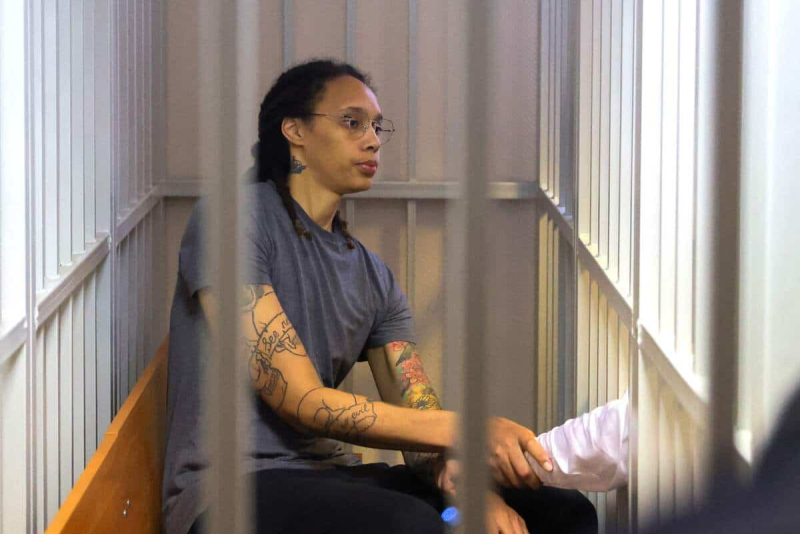 American basketball star Brittney Griner, detained in Russia for nine months, was released in a prisoner exchange on Thursday with Russian arms dealer Viktor Bout, jailed for ten years in the United States.

< p>Brittney Griner immediately boarded a plane to the United States, where she is expected within 24 hours.

“A few moments ago I spoke with Brittney Griner. She is safe. She is on a plane. She is on her way to the United States,” said US President Joe Biden during a brief speech at the White House.

Moments ago I spoke to Brittney Griner.

“I also want to thank the United Arab Emirates for helping us facilitate the release of Brittney,” added Joe Biden, adding that the sportswoman had “good morale” despite the “trauma” endured.

His wife Cherelle Griner said she was “overwhelmed with emotions”: “My family is complete,” she added, expressing her “gratitude” for the Democratic administration.

Another American detained in Russia, former serviceman Paul Whelan, was not included in the exchange. “Even if we failed to secure Paul's release, we will never give up,” assured Joe Biden.

In a statement, his family said they were “happy” for Mrs. Griner, but “still devastated” to know Paul Whelan in a Russian prison, as Christmas approaches which the family will spend “for the fourth time” without him.

Arrested in December 2018 in Russia, he was sentenced in 2020 to 16 years in prison for “espionage”, a conviction which he denounced as fabricated.

The 32-year-old African-American sportswoman and two-time Olympic champion was arrested in February at a Moscow airport with a vape and liquid containing cannabis, a product banned in Russia.

She said that It was a treatment to soothe the pain associated with his intensive practice of basketball. But, in August, she was sentenced to nine years in prison.

After her appeal was rejected, she was transferred in November to a penal colony in Mordovia, in central Russia.

Her supporters have always denounced a hostage-taking to bargain with Washington in the middle of conflict in Ukraine.

The name of Viktor Bout had been mentioned since the summer. Famous Russian arms trafficker, arrested in Thailand in 2008, he was sentenced to 25 years in prison in the United States.

Nicknamed the “death merchant”, his career outside common was the inspiration for the film Lord of War in which Nicolas Cage plays a most cynical arms dealer.

Americans and Russians accuse each other of holding their respective nationals for political purposes. Several prisoner exchanges have taken place in the past.

In April, former US Marine Trevor Reed, sentenced to nine years in prison in Russia for abuses he denied, was exchanged for a Russian pilot, Konstantin Yaroshenko, imprisoned in the United States since 2010 for drug trafficking in connection with the Colombian FARC.