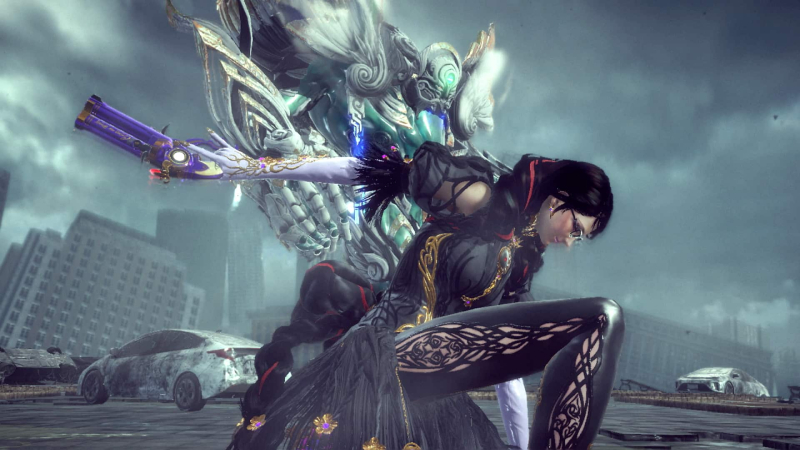 Do you like sexy heroines, dizzying fights and overly salacious gags? Bayonetta 3 is for you. But if you like games with more substance and a minimally cohesive plot, you're probably better off going straight.

Let's start with a confession. Before starting this test of Bayonetta 3, the universe of this Japanese video game saga was completely foreign to us. Its title evoked only a vague memory; we knew it was the name of the heroine without however knowing the ins and outs.

So who is this Bayonetta? She is a witch from the European clan Umbra who entered our consoles in 2009. Wielding both weapons and self-defense techniques, she has been tracking and hunting angels and demons alike, sometimes to clear up her past. foggy, sometimes for more universal issues.

In short, its missions and motives are mostly nebulous and muddy, as the plot of the three games is only a pretext to put on ultra-stylized fights at a bewildering pace. Insiders already know this. This is what we discovered by jumping with both feet into this comic book world with baroque accents.

This world, however, is far from being the most welcoming for novices; Bayonetta 3catapults us from its first moments into a confrontation of titanic proportions, without a tutorial or any guide. No safety net, you have to learn – the hard way – game and combat mechanics. It's… brutal, let's say, as a welcome.

Summon a monster? Turn into a butterfly? Mix the keys randomly in the hope of sending your opponent flying? Prepare to “die” a few times before getting comfortable.

All of this, of course, you get used to.

But one thing that makes us tick is the sickly hypersexualization of the title character, the angles of view insisting on showing us the curves of Bayonetta – dressed or not – from every angle. Certainly, there is a certain audience for this kind of game, as evidenced by the success of Lollipop Chainsaw or Catherine, for example. You have to fully buy into the premise, though, to get any enjoyment out of it. Something we didn't manage to accomplish during the few hours spent discovering this Nintendo-exclusive offering, available since last month.

On this subject, note that a “little angel” mode (a cute name nonetheless) can be activated at any time to soften the violence and sexuality on the screen. For the faint-hearted or more prudish souls who prefer to [attempt] to focus more on the plot and its battles. Strongly reminiscent of those from the Devil May Cry saga – from the same creator as Bayonetta –, they sometimes give rise to sequences of great beauty thanks to their very singular aesthetics and its breathtaking colorful visual excesses.

How you can very well impress without necessarily stripping your heroine…