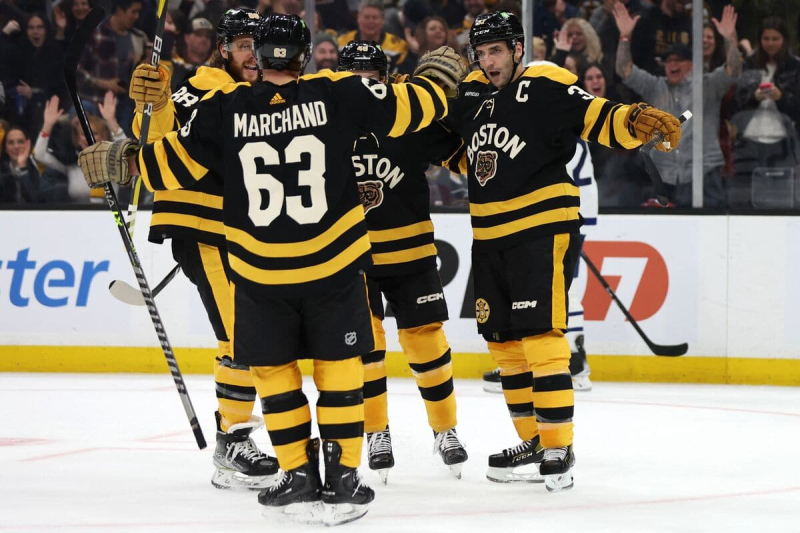 In the long history of the NHL, one of the most legendary records is unquestionably that of the fewest losses suffered in a season. Mark that the Canadian has held since the 1976-1977 season, by virtue of its record of 60 wins, 8 losses and 12 draws.

Now, here is the Bruins manifesting themselves in this encounter with history. At the time of showing up at the Bell Centre, Jim Montgomery's troupe had suffered only five losses in regulation time in its first 46 games.

“I remember this team 1976-1977, said Montgomery, who often exchanges with Scotty Bowman, the coach of this formation of the Canadian. At the time, I went to the Forum two or three times a year.”

“A season of only eight losses, I don't think that's realistic in today's hockey. There are often streaks of three games in four nights. You change cities, you play two games in as many nights,” he pointed out.

In the Bruins locker room, this record dating from more than 40 years ago seems far from the players' priorities.

“It's not something we think about. Internally, we do not discuss it, argued Patrice Bergeron. At the start of the season, there was a record for a home unbeaten streak to start a season. We hardly ever talked about it. »

The record mentioned by the Bruins captain is rather that of the number of consecutive victories at home to start a season. By sticking 14 victories, the Bruins surpassed the mark of 10, held by the Maple Leafs from 1993-1994.

“We take things as they come. We stay in the moment, Bergeron said of the team's successes. We are aware that there will be times when we will face adversity. We are not immune to that.

And as a colleague suggested, it's better to go through a dark period on the regular schedule than in the playoffs.