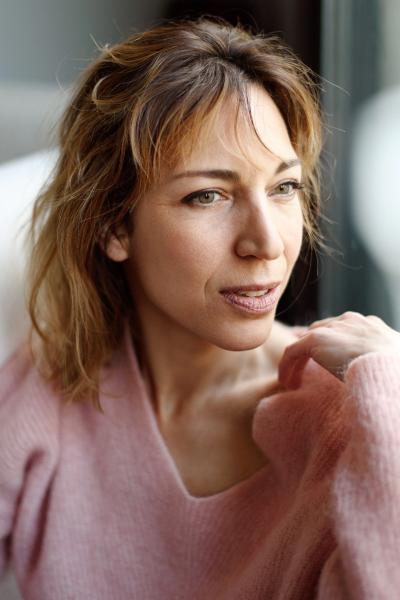 It is to a crush of adolescence that Evelyne de la Chenelière pays homage with her play Because of the sun, presented at the Théâtre Denise-Pelletier from September 21.

The author revisits Albert Camus, the French writer who had marked her in her youth.

“The director of the theater Claude Poissant invited me to be part of his programming by creating a work from a repertoire, she said in a telephone interview. Camus imposed himself as an evidence. I had fun re-reading what I had discovered a long time ago.

“It is the encounter with a language and a landscape at the level of ideas and sensitivity. It's sometimes dizzying,” she says of the man who won the Nobel Literature in 1957.

The theater woman was mainly inspired by The Strangerto create this piece. One of its main characters is Meursault, who, as in the book published in 1942, is accused of having killed an Arab on a beach in Algiers in full sun.

To this plot which presents other protagonists of Camus' novel, the Quebecer juxtaposed a second story taking place today. It is that of Medi, an Algerian immigrant, who condemns himself for having ignored a call for help during a snowstorm in Montreal.

“These are two mirror stories that question the notion of responsibility, guilt and meaning, says Evelyne de la Chenelière. I wanted to highlight the paradoxical state which consists of feeling responsible for one's thoughts and actions, but also of being a toy that makes one the instrument of something else that escapes one's will. and conscience.”

This proposal will be embodied by Maxim Gaudette, Evelyne Rompré, Mustapha Aramis, Sabri Attalah, Daniel Parent and Mounia Zahzam. It is a long-time partner of the designer who will direct this production: Florent Siaud.