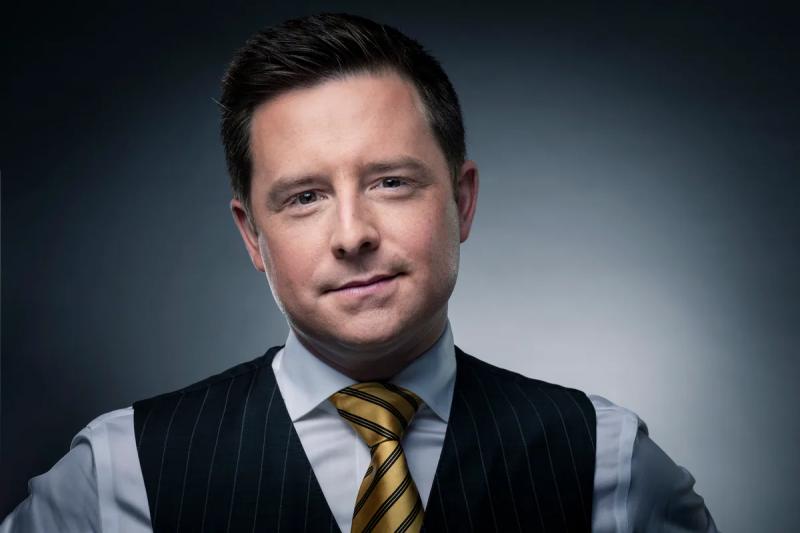 Pierre-Olivier Zappa already knew, at the age of 5, that he wanted to do the same job as Pierre Bruneau and Bernard Derome, his two models. Twenty-nine years later, with all his experience on screen and in the field, he takes the helm of TVA Nouvelles at 10 p.m. this Monday, succeeding Sophie Thibault.

Very versatile, the new news anchor has several strings to his bow and is one of the most gifted journalists of his generation. In the same day, he can host his program “À vos affaires” at LCN – which he will continue to run, supported by an extended team –, do editing and interventions in all the newscasts as well as translate into direct. We even equipped him with a mobile device allowing him, if necessary, to transpose the words of Justin Trudeau or Joe Biden into the language of Molière, no matter where he is, whether in his car and even at the cottage!

It was his cameraman father in an English-speaking station who introduced him to the world of electronic media from an early age. Speaking of family, Pierre-Olivier Zappa stalled far from the city during the hot season.

He spent quality time with his girlfriend and their 3- and 6-year-old sons in the countryside. Lots of fishing trips, long walks in the forest and good meals on the beach sum up his summer well. All of these simple things and more have kept his Happiness Index at a more than satisfactory level. “My sons are discovering the world. Going to fish for trout in a pontoon, coming back in the evening and making pies with their mom, then going to take pies to the neighbors, it feels good,” he told the QMI Agency.

Now that the summer is coming to an end and the Quebec elections are upon us, Pierre-Olivier Zappa is “inflated” and feverish to finally “break the ice”. “I am very excited because we have been talking about it and preparing the bulletin for several weeks. I'm ready and we have fantastic teams who support us and in whom we have full confidence.”

He plans to join the continuity at 10 p.m., so there will be no big changes. However, he intends to “bring his color”, his “energy” and his “personality”, he who will be able to count on the comments of Emmanuelle Latraverse and on the enlightened eye of Richard Latendresse, from Washington.

“Basically, it's a newsletter that's simple, that goes straight to the point, because we have 35 minutes to summarize the news. We try to better understand and anticipate what will happen the next day. Ultimately, my goal is always to better equip people so that, individually and collectively, we make the best decisions. We have elections, we have economic upheavals, interesting social debates, there are the mid-term elections in the United States – it's going to stir – so there's plenty of material,” said Pierre. -Olivier Zappa.

Pierre-Olivier Zappa is also active in view of the election night of October 3, he who will again be on the electoral cards. Before that, he will also bring his expertise to the special program surrounding the start of the electoral campaign and take part in the now traditional “Face-to-face”.