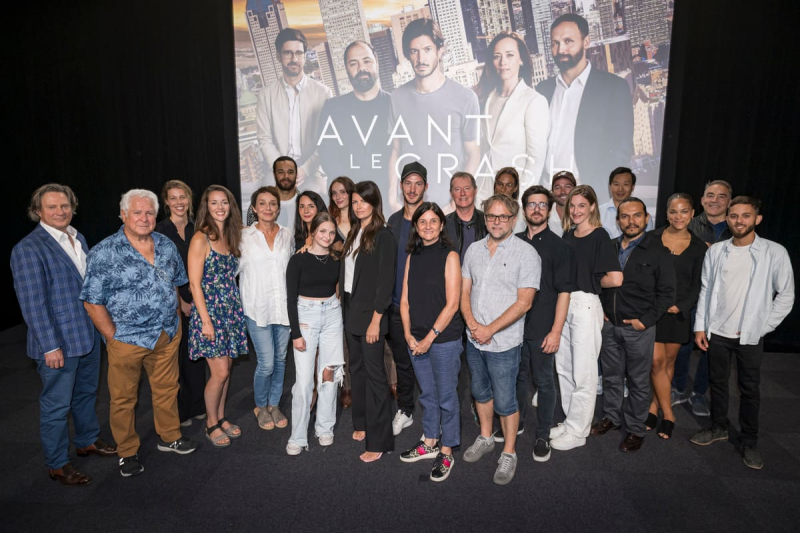 Ambition and competition can have disastrous consequences for people who will do anything to make more money, enjoy more power, or get a better position in the organization chart. Talk to the characters from the 'Before Crash' series, who hit rock bottom in Monday's finale.

***If you don't you haven't seen the last episode of the first season yet, stop reading immediately, because spoilers abound in the following paragraphs.

We finally know what Marc-André (Éric Bruneau) did, four years earlier, when he fell out with his mother and changed careers. He had advised all of his clients – including the one who gave him life – to bet their money on Boardwalk Biotech stock, but there was fraud behind it and he ignored it, so they all left their shirts there. We now know that Marc-André had obtained privileged information about this firm from Évelyne (Karine Vanasse), with whom he slept at the time, before she chose François (Émile Proulx-Cloutier) as her husband. .

“We really wanted to show that the values ​​valued in society are success and performance. It's the money that leads us by the nose,” said Kim Lévesque Lizotte, who co-wrote “Avant le crash” with her husband Éric Bruneau, in an interview.

The investment bankers' friendship has been shattered and many are distancing themselves. Vincent (Benoît Drouin-Germain) is one of them, he who discovered that Marc-André had bet on the death of his father (Marc Messier) by buying his life insurance.

François, from his side, is plunged into a nightmare, accused of insider trading and now alone in his beautiful designer house. Evelyne's revenge, which François capped at the finish line with the Quincailleries Royale case, is more than satisfying and rhymes with divorce. But the latter has not said his last word and he counterattacks the one who often dominated him in bed.

At Olstrom, boss Michel Taschereau (Pier Paquette) has gone off the rails because François and Évelyne no longer want to team up in the office and because Marc-André and Dominique (Marie-France Marcotte) can hardly collaborate after he filed a complaint against her for sexual harassment.

Kim Lévesque Lizotte indicated that she wanted to put forward a feminist discourse in the mouths of Dali (Jeanne Roux-Côté) and Dominique. The first concerns the fate that awaits too many women who file a complaint for sexual assault in a system that does not always listen to them. The second about the fact that she serves as an example of sexual harassment while she has evolved all her life in a universe where everything was allowed for these gentlemen.

“It was important for us that there was a turnaround of women. Otherwise, Marc-André arrived as Dali's savior. He will then file a complaint against Dominique, but in both cases it is not closed. Dominique, I do not condemn her, she grew up and learned in a toxic environment. To get there, she had to make enormous sacrifices and see men behave horribly. She has adapted these behaviors and is paying the price.”

The series was based on very interesting characters, such as the young Florence (Ireland Côté), who advised a distraught Marc-André at the start. The disgusting aggressor Bernard Dupont (Guy Nadon) and the despicable Pierre Roy (Pierre Chagnon) were disturbing for their part. We will long remember Pierre's drinking scene with Marc-André, which was very well edited and directed by Stéphane Lapointe.

< p>Kim Lévesque Lizotte is working with Éric Bruneau on the second season of “Avant le crash”, which has not yet been confirmed by Radio-Canada. She is also working on her first feature film, “Quitte à tout perdu”, and her next dramatic comedy, “Les bombes”, will be launched next winter at Séries Plus.