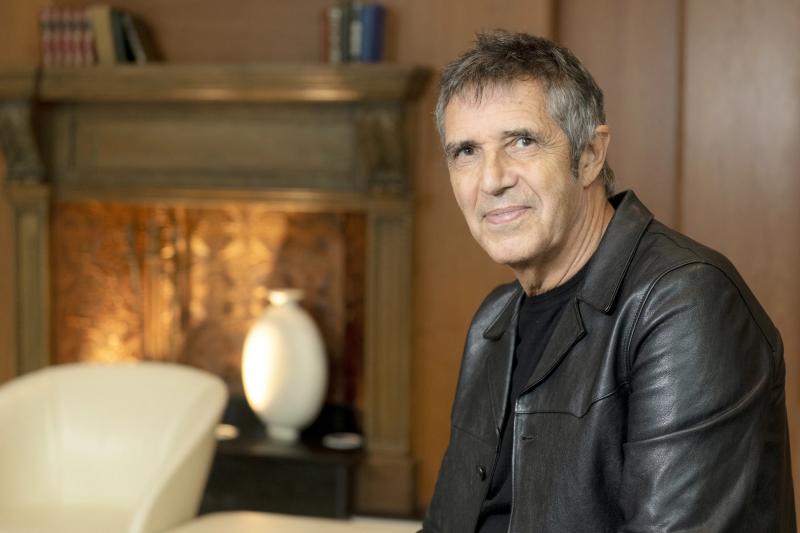 On tour in the province to present Happy Days, Julien Clerc offers this fall a show in a more pop version than during The 50th Anniversary Tour. A piano, bass, drums, guitar training, as he had not done for a long time in Quebec, which will certainly please his fans. Interview with the charismatic singer.

“There is a bit of my last album Terrien, covers and a lot of my repertoire”, underlines the performer of Heart of rocker, It's nothing or My preference when asked about his show.

“When I do a vocal tour, I never try to force recent songs. However, a place must be made for them; I try to find which ones have a chance of integrating well with the old ones.”

Thus, La fille en feu, written from the poetic pen of Jeanne Cherhal, carved out a niche. “She is important, she deals with women victims of sexual violence. It's the only one I do on the solo piano. It happens well, like a more serious breath in this singing turn which is quite lively and pop.

Hidden at the very end of his 27th album, a magnificent piece, entitled Behind the curtain, translates the spirit of the project Happy days, where Julien Clerc takes on Barbara, Bécaud , Montand, Aznavour, Brel, Trenet, in particular.

“I didn't want her to be on the same level as all these masterpieces. Barbelivien wrote a very nice text illustrating this project in a few words. It really is an art apart from being a lyricist. Great novelists have tried their hand at song without ever succeeding,” smiles the singer, who has always worked with lyricists.

He will notably perform this song on the occasion of the part of the show devoted to his covers of the immense classics of these great artists whom he imagines accompanying him behind the curtain.

Early in his career, the French show Les Carpentiers featured intergenerational duos. It was there that he performed a tango medley with Aznavour.

“I had the good fortune to know all these artists, my mother's favourites, except Piaf who had died. And I sang with everyone, except Montand who had stopped. Even Trenet, I did a gala for Mitterrand with him,” recalls the singer, who will turn 75 next month.

He also mentions Bécaud, for whom he assured the first part countless times. “I watched him work from behind the scenes, I learned a lot”.

When he first walked the Olympia in star, a huge electric red curtain opened and closed when entering and exiting the stage. To ensure its stability, however, people had to hold it on each side.

Whether they hold the curtain or not, all these giants who inspired him so much will certainly accompany him during this singing tour, each in their own way.

► Tour Happy Days until 7 october. Several dates, including September 24 and 25 at the Théâtre Maisonneuve and September 30, October 1-2 at the Théâtre Capitole. musicorspectacles.com/artistes/julien-clerc