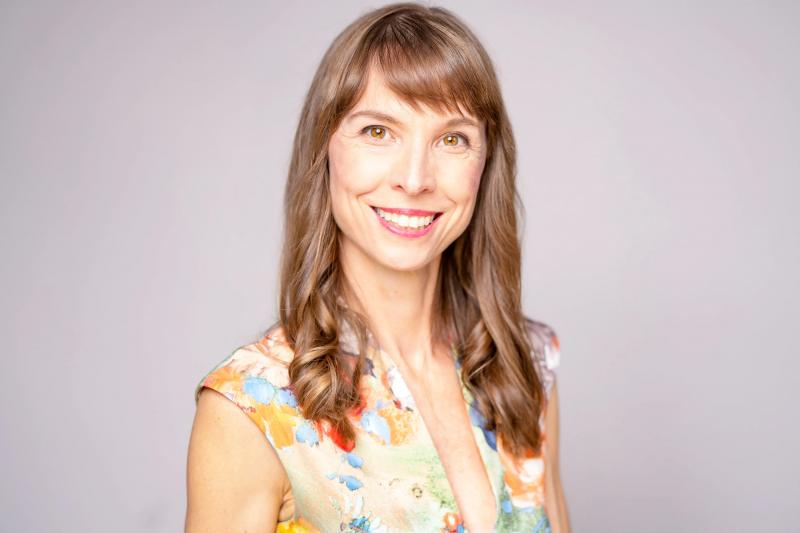 Murdered guest, goofy employees and endearing maid: Talented Toronto writer Nita Prose takes her readers behind the scenes of a luxury hotel in her first-ever novel – a smash hit that will be brought to the big screen –, The Maid. Behind the elegant facade of the Regency Grand, in addition to its gilding and elegant service, many things are happening… and they are not always very beautiful.

Nita Prose invites readers at the prestigious Regency Grand Hotel. With its red velvet carpets, its many ornaments and its incredible employees, it has everything of a movie set.

Young Molly, a discreet, solitary and zealous maid, works there and knows all its secrets. She knows a lot about everyone…and no one pays attention to her.

One day, she finds the wealthy Mrs. Black in her suite, in a state of panic, alongside the body lifeless from her husband. A real mess ensues. Molly, embroiled in spite of herself in a strange murder case, decides to carry out her own little investigation.

Nita Prose, in an interview, says that she wrote the first lines of this novel after a stay in London, where he had had a little mishap.

“In 2019, I was at the London Book Fair and as I am a publisher, I go there regularly on business. I was staying in a hotel in London. I went to a meeting and when I came back I completely surprised the maid doing the cleaning. She was holding my pants, which I had thrown on my bed before going on the run. »

“I remember looking at her and thinking that it was such an intimate and at the same time invisible job to be a maid. She had cleaned my room day after day… so she knew a lot about me. But I didn't know anything about her.

“I didn’t think about it anymore, then on the plane, it came back. I could hear the voice of Molly, my character. I knew how she spoke. I grabbed the napkin from under my drink and started to write, because I had nothing to take notes on! It became the prologue to The Maid. »

The writer took her time writing the novel.

“It was such a good idea and I had to give it my full attention. I really got into it. I had the gift of hearing Molly's voice and that 5-star hotel decor. I already had two components, but I had to use my imagination and my sense of logic to create the rest of the story, the other characters and, of course, the trajectory that would allow Molly to undertake a great journey towards its own fulfillment. »

Nita Prose chose to include a murder in the story, but not in the usual way .

“I like the concept of literary pollination and mixing genres. I tried to mix the classic investigation with a new style of romance called in England Up Lit, for Uplifting Literature. In Canada and the United States, they are called feel good novels, those novels that have a hopeful ending. »

In addition, Nita Prose is particularly proud that her novel has been translated into French.

“My father is over the moon! I sent him a copy, he read the translation with interest and he is very proud. He comes from Drummondville and my mother comes from Lac-Saint-Jean! She passed away a few years ago, but…yes! My parents are from Quebec. »

« I'm the one who cleans your hotel room, who walks in like a ghost when you've gone out for the day, not caring the least bit about what I might see in your absence. I'm the one who empties your trash can, who throws away the receipts you don't want discovered. I'm the one who changes your sheets, who can determine if you slept in them and if you were alone or not the night before. »