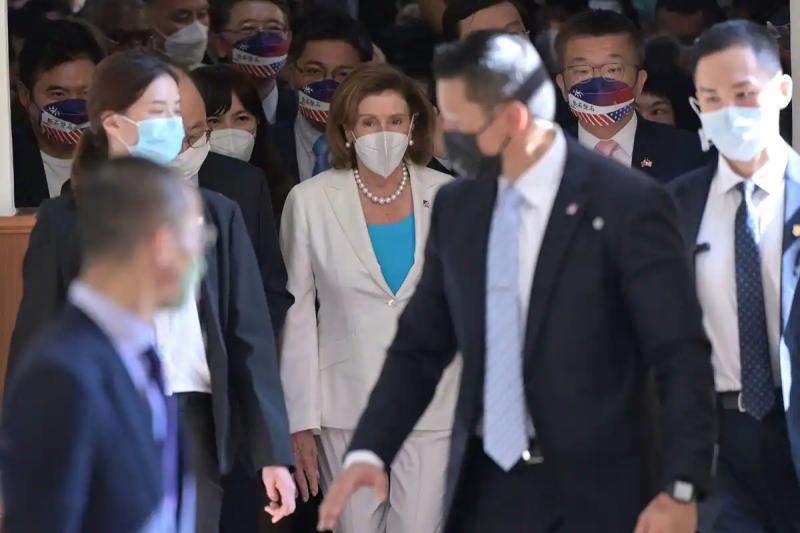 BEIJING | China on Friday suspended all cooperation with the United States on global warming and other areas, sinking relations between the two countries to their lowest level in years, in retaliation for the president's visit to Taiwan. of the United States House of Representatives Nancy Pelosi.

Mobilizing warplanes and warships, China's largest-ever military drill near Taiwan, also in reaction to Ms Pelosi's trip this week, continued Friday for the second day in a row, with Taipei lambasting its “malicious neighbor whose maneuvers literally surrounded him for three days.

Beijing will 'suspend China-US climate change talks' and cancel a military leadership talk as well as two security meetings, the Chinese foreign ministry has said, blaming Ms Pelosi for dealing with 'contempt'. » China's opposition to his visit to Taipei.

China and the United States, the world's two largest emitters of greenhouse gases, had reached a surprise agreement on the climate at the COP26 summit in Glasgow last year. They pledged to work together to accelerate climate action over the next decade and to meet regularly to “address the climate crisis”.

The Ministry of Foreign Affairs also said it was suspending cooperation with Washington on the repatriation of illegal migrants, as well as on justice, transnational crime and the fight against drugs.

Mainland China, which considers that Taiwan is part of its territory, saw the visit of Ms. Pelosi, the third state figure in the United States, as a major provocation.

Mrs. Pelosi has “seriously interfered in China's internal affairs and undermined its sovereignty and territorial integrity”, denounced the Ministry of Foreign Affairs, announcing “to impose sanctions” against her and her “close family without giving details.

Washington for its part accused the Chinese government of overreacting.

The military exercises must continue until Sunday noon.

According to Taipei, as of 5 p.m. Friday (0900 GMT), a total of 68 Chinese planes and 13 warships had crossed the “middle line” of the Taiwan Strait, which separates the island from the mainland, since the start of the day. /p>

The day before, Beijing had already fired a dozen ballistic missiles and deployed its air force and navy in the six maritime zones chosen for the maneuvers all around Taiwan, approaching up to 20 km from the coast and disrupting some of the busiest trade routes in the world.

State broadcaster CCTV claimed that Chinese missiles even flew over Taiwan for the first time. Taipei did not confirm.

“We never expected our malevolent neighbor to flaunt his might at our doorstep, and arbitrarily endanger the world's busiest waterways with his military exercises,” Taiwanese Prime Minister Su Tseng-chang told reporters.

In Pingtan, a Chinese island not far from the maneuvers in progress, AFP journalists saw a fighter jet in the sky at midday on Friday.

Wearing umbrellas to protect themselves from the ' a blazing sun, tourists tried to take pictures of the device while in the distance, in the Taiwan Strait, we saw a Chinese military ship.

“Our country is powerful »

“We hope we can reunite with Taiwan soon. We are not afraid of anyone, our country is powerful,” one of them, Mr. Liu, 40, from eastern Zhejiang province, told AFP.

Not far from him, Ms. Wang, dressed in yellow, was of the same opinion: “I hope that China can soon reintegrate Taiwan, but I don't want a war. I hope this issue can be resolved peacefully, because we Chinese are friendly.”

“China needs to show its strength now,” said another tourist, Mr. Zhou, 40 year. Even though “we love peace”.

US Secretary of State Antony Blinken on Friday slammed the Chinese maneuvers as “provocations” that represent “a significant escalation” of tensions in the eyes of the United States.

“We call for the immediate cessation of military exercises,” said the Japanese Prime Minister Fumio Kishida.

The Chinese maneuvers encroach on some of the world's busiest shipping routes, through which essential electronic equipment from East Asian factories is shipped to world markets.

Taiwan's Maritime and Port Bureau has warned ships passing through this area and several international airlines have told AFP that they are diverting their flights to avoid the airspace around of the island.

Analysts agree that, despite these military exercises, Beijing does not want an armed confrontation for the moment.

“The last thing that Xi wants is the outbreak of an accidental war,” Titus told AFP. Chen, Associate Professor of Political Science at National Sun Yat-Sen University in Taiwan.