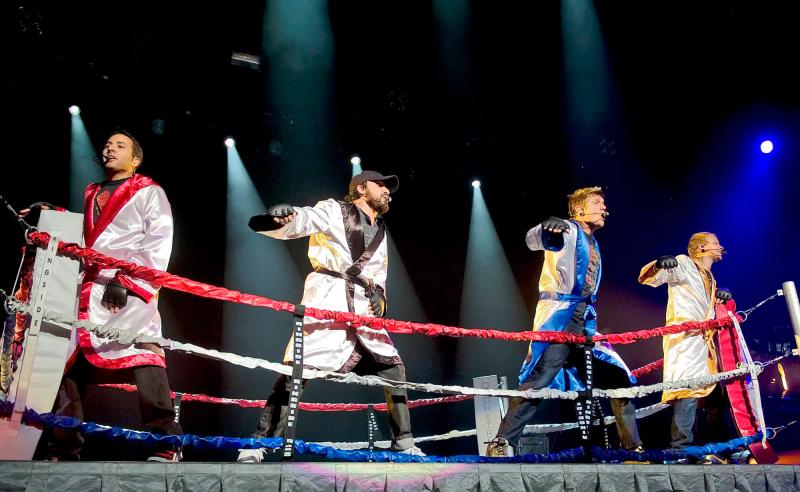 Finally, scream in chorus of thousands of admirers, the Backstreet Boys are back in their stronghold in Quebec. The music industry's most popular and enduring boy band is on the home stretch of a North American tour that gave him very little respite this summer. His concert at the Videotron Center tonight will be his eighth career in the capital. Account in three stages of his career in Quebec since his beginnings.

While the United States was still turning a deaf ear, in the mid-1990s, Quebecers fell in love with these five Florida boys with their devastating look.

In Quebec, the Coliseum is stormed. Through the shrill cries of thousands of teenage girls, the Backstreet Boys will play to sold-out houses five times during a period of 15 months, between September 30, 1996 and January 7, 1998. Unheard of in Quebec.

Moved by the success of Quit Playing Games (With My Heart), Everybody (Backstreet's Back), As Long As You Love Me and I Want It That Way, the popularity of AJ, Howie, Nick, Kevin and Brian reached phenomenal proportions.

During their appearance in March 1997, < em>Le Journal publishes a special 16-page notebook in which you can learn everything about the five idols, including their astrological profiles. “Total ecstasy”, title Le Journal, following the concert of December 29, 1997. 12,500 fanatics are “transported into the paradise of magic and wonder”.

After the euphoria, the lull. During the first years of the new millennium, the group took a two-year hiatus, Kevin Richardson left the group in 2006 (he would return in 2012) and even if the albums released during this period were successful, one felt a certain breathlessness in the audience.

The Backstreet Boys are in a trough. In Quebec City, where they haven't played in ten years, they only managed to attract a raucous 2,700 crowd when they returned to the more intimate Pavillon de la Jeunesse, in the shadow of the Coliseum, on November 4, 2008 Yet they give the best show of their career, judge Le Journal.

Again, the Backstreet Boys spaced out their return to the capital by almost ten years, but the reunion on the Plains of Abraham, as part of the 50th anniversary of the Festival d'été, was a success at all levels.

In front a monster crowd that the group described as the biggest since the beginning of their career, they played all their hits and reproduced their most famous choreographies.

In less than two hours, the five stars have won back for good the hearts of Quebecers. It is even said that journalists could not help but dance and sing in the press tent.

♦ The group will also be at the Bell Center on Saturday.