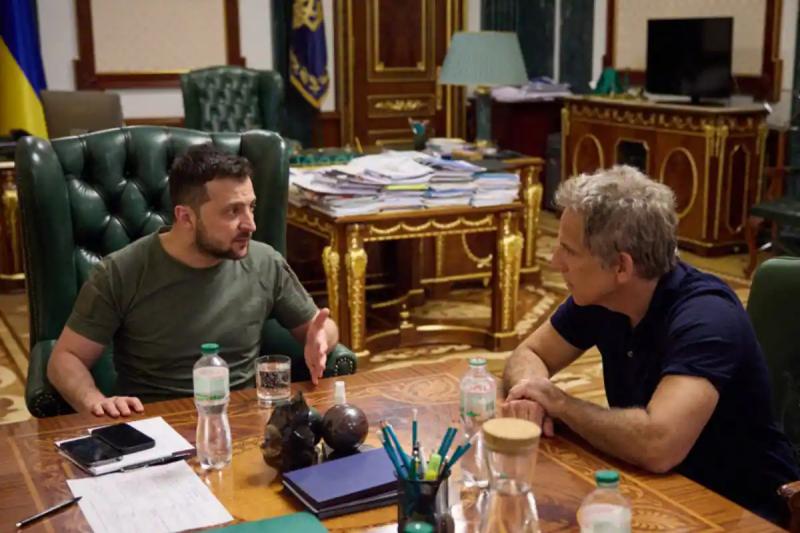 American actor Ben Stiller said Tuesday he was very moved by the testimonies he heard in Ukraine, in an interview with AFP.

The star of Zoolander, Goodwill Ambassador for the United Nations, traveled to the war-torn country on Monday to mark World Refugee Day. Listening to “these truly heartbreaking stories, it was very moving”, a- he confided by telephone while leaving Ukraine via Poland.

The 56-year-old actor visited Irpin, a suburb of Kyiv very hard hit at the start of the Russian invasion.  “Observing the physical destruction of these neighborhoods, truly gigantic, it is impossible not to be moved”, he testified.

“There was a very young man who (…) told everything as if it were taken from a horror movie, to be hit like that by these missiles, without knowing whether he should stay or flee” , explained the actor. “To see how traumatized he is (…). It's really hard when you hear someone very young say that, and you realize that the effects of war are not always visible.”

Ben Stiller met with the Ukrainian President on Monday Volodymyr Zelensky, himself a former actor.

“You are my hero,” he told her. “What you have done, the way you have mobilized the country, the world, it is truly an inspiration.”

What would the American comedian do if he himself was facing the invasion of his country? “If everything you knew was in danger of being wiped out… Who knows?” he told AFP. “But I hope we react like the Ukrainian people.”

“Yesterday I was in an almost completely collapsed house with a lady, and we were sitting in her kitchen,” he says. he. “She was giving us strawberries and had this incredible strength saying, 'We have to be able to move on.' It's hard not to ask yourself, “How would I react if my house was half in ruins?”

Ben Stiller has already traveled to Lebanon, Jordan and Guatemala for his role Ambassador of the United Nations Refugee Agency (UNHCR).

“The work of UNHCR and other NGOs is crucial,” he says. “This war has created 12 million people displaced and even if the war ends, the problems it has created will continue for years to come.”