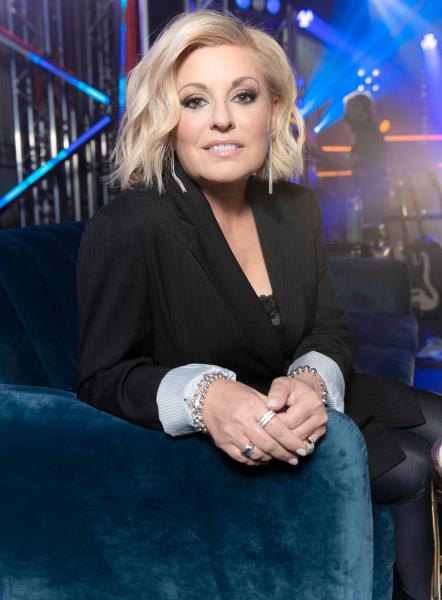 The Maman Dion Foundation will help 800 children from across Quebec, for the start of the school year, with two benefit concerts that will feature Guylaine Tanguay and a choir of 156 singers.< /p>

These shows called Celebrate the return will be presented on August 27 at the Marcellin-Champagnat Theater in Laval and on September 1 at the Salle Sylvain-Lelièvre at the Cégep de Limoilou.< /p>

” We are going to celebrate with Guylaine Tanguay who will sing songs from her great repertoire with Céline, Ginette Reno and Elvis in country,” said Claudette Dion, executive director of this foundation which was created in 2005. .

The mission of the Maman Dion Foundation is to support the education of children from disadvantaged backgrounds.

The 800 children who will be helped by the Foundation will receive $250 gift cards for the purchase of clothing in L'Aubainerie stores and school supplies in Hamster boutiques.

“My mother, before she left us, made me swear not to close the Foundation because the children need us. We want to help as many children as possible. You can't have big dreams if you don't have tools,” she remarked in an interview.

She says aid is directed , after a very selective process, towards children who really need it.

“Children, no matter how hard the parents struggle, should never be held hostage. And God knows how, there is misery right now. Our goal is to help children,” she said.

Requests come from social workers, schools and even children.

“ Out of a total of 3,000 requests, we will help 1,000 children. We go with the emergencies ”, she mentioned, specifying that the gift cards are made in the name of the children.

We will find on stage, in Quebec, 156 choristers of the Grand Cœur Jukebox who have accompanied, over the years, Luce Dufault, Patrick Norman, Nanette Workman, Marc Hervieux and Bruno Pelletier. There will be 175 in Laval.

“Everyone does these shows for free. The price of the entrance ticket goes directly to the Fondation Maman Dion. It will sound love and mutual aid. It's going to be sick,” she dropped.

Michel Trudel, president and CEO of Trudel Cité du Cinéma, for Laval, and businessman Ashton Leblond, founder of Chez Ashton restaurants, for Quebec, are the honorary presidents of this event.

It is impossible to talk to Claudette Dion without asking about her little sister.

« Céline is doing very well . If she wasn't well, she wouldn't have postponed those Vegas concerts, she would have canceled them. We have to keep hoping that she will come back on stage and it will be sick. There's still COVID, shows are canceled and she's waiting for the right time. She knows how to runner her business,” she said.

Céline has not been in Quebec for the past few months.

She's not going out right now , she added with a laugh.

► Tickets can be purchased for the benefit show Celebrate Montreal's return to school on the website co-motion.ca and on lepointdevente.com to Quebec.