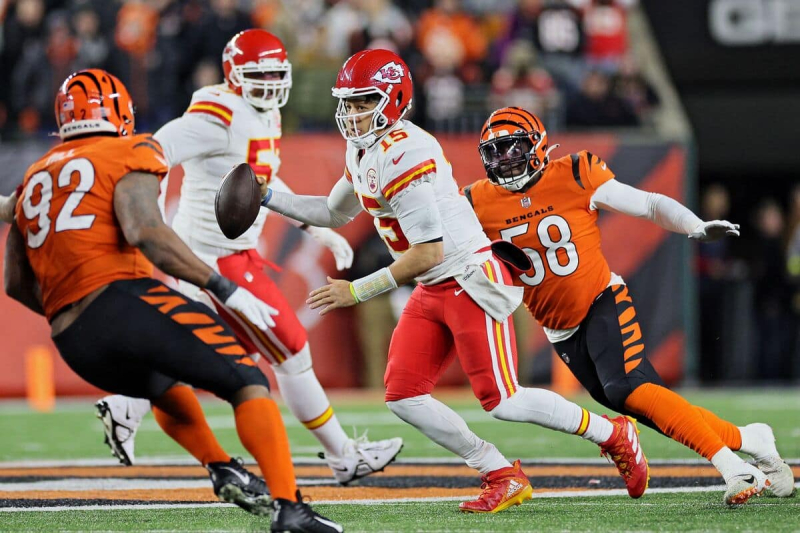 Patrick Mahomes and the Chiefs are terrorizing nearly every NFL roster…but not the Bengals. On Sunday, the Cincinnati team won a third straight game against Kansas City, winning 27-24 at Paycor Stadium.

You do not have the berlue: the Bengals had triumphed by the same mark in the final of the American Association, last January. And once again, Joe Burrow's gang was able to limit the exceptional Mahomes to just one good game.

The 27-year-old completed 16 of his 27 attempts to pass, for gains of 223 aerial yards. He only threw a touchdown pass, which Jerick McKinnon was the recipient of, and scored a middle finger himself with his legs.

As for him, Burrow was excellent throughout the game and especially at the most opportune moment, at the end of the fourth quarter. He spotted Chris Evans on eight yards for the game-winning touchdown with 8:54 to go.

Burrow also added six points to the board on a four-yard run early in the game, as well only with a 12-yard throw off the hands of Tee Higgins in the second period.

The Miami Dolphins could not take advantage of an inspired performance by Tua Tagovailoa, author of two touchdown passes, and they lost their flag 33-17 against the 49ers in San Francisco.

Geno Smith threw for 367 yards and threw three touchdowns, leading the Seattle Seahawks to a 27-23 win over injury-decimated Rams in Los Angeles.