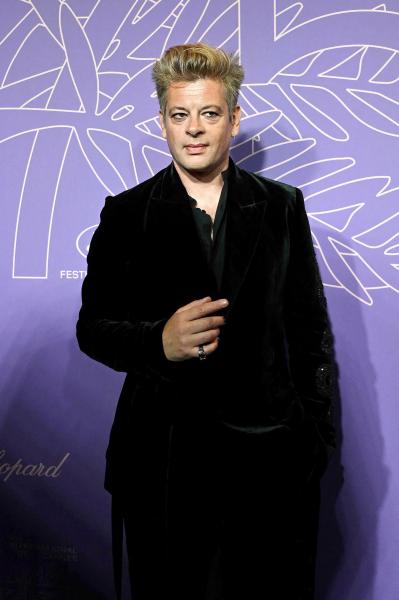 Two years after the success of Grand Prix, Benjamin Biolay does it again with Saint-Clair, an impeccable 17-track opus in which melodies with rock accents and captivating ballads take turns. Interview with the prolific artist on the eve of the release of his tenth solo album.

“The older I get , the more I want my music to resemble the albums I listen to at home,” says the author of Your Heritage. It will therefore not be surprising to immediately discover about Saint-Clair, after a short instrumental introduction, the contagious and effective Rose cheeks with riffs evoking The Strokes.

Recorded with a small crew, the album sports a warm grained sound which adds to the enveloping timbre of the singer's voice. “We started recording in analog mode and we decided to continue. It did us good to rediscover our old fundamentals. It was a real pleasure,” says the 49-year-old singer.

Biolay's talent as a poet and melodist manifests itself through each of the songs on this album. It is particularly about the vagaries of love, declarations (the catchy Petit chat), summer love affairs that inevitably fade (Mort de joie ), but also bitter love. With Rends l'amour and its slightly provocative chorus, Biolay demonstrates that for him love is also a sacred imperative.

Carnal love is not left out with the magnetic Magic Numberswith the accents of nightclub remixes. “We were craving clubs, sex, darker stuff. And then there was that curfew. In the studio, we dimmed the lights. Then I made it more evil than it is. You have to go to the end of things, ”assumes the singer.

A nod also to spiritual love, several saints punctuating the album: Saint-Germain, ballad nostalgic in the Parisian district; St. Rita, invocation to the patroness of artists; Santa Clara, (September on a Thursday evening) in duet with Clara Luciani or Saint-Clair, a tribute to Sète, the heart of Biolay.

The singer also confesses his disappointments through touching ballads such as Yet and (Un) Ravel . “It’s a song adapted from a melody by Maurice Ravel. Unravel also means to untangle in English. I unravel the ball of yarn of my life a little bit.”

Whether with the dancing Forever, which talks about falling out of love, or the catchy Beauty where there is none, Biolay demonstrates how much he masters the art of romantic melancholy without lapsing into tears. “It’s a snub, but also a gesture of survival. And it sounds like the music I like, like bands from Manchester, like The Smiths, where dancing songs that can evoke sad things dominate.”

Present as a watermark in the low tides on The rosy cheeks or in the sand-filled bed of Mort de joie, the sea is more assumed in Pieds naked on the sand or Saint-Clair. “He is the main character of the album. She is poetic, attractive and also frightening, terrible.” As in the moving La Traversée, the only song that is not written in I, where the sea spits the blood of drowned migrants. “The portrait would have been incomplete on my part, I sometimes think about it facing the Mediterranean. People dying, it's appalling. It's not a committed song either, it's a factual description of an unfortunately terrifying reality”, pleads the singer.

The album ends with the vitaminized title song taking up the theme of the introductory piece. “For me everything has a meaning, I wanted there to be a credits and that it could be completed. Afterwards, I don't necessarily want this meaning to be understood, each song must be able to be listened to in isolation. We will have grasped that this loop closes on a section of Biolay's universe where he observes: I no longer do/on my knees/prayer.

With Saint-Clair, Biolay clearly demonstrates that faith is personal. And undoubtedly musical.

He says it himself: “A song is also a way of praying.”