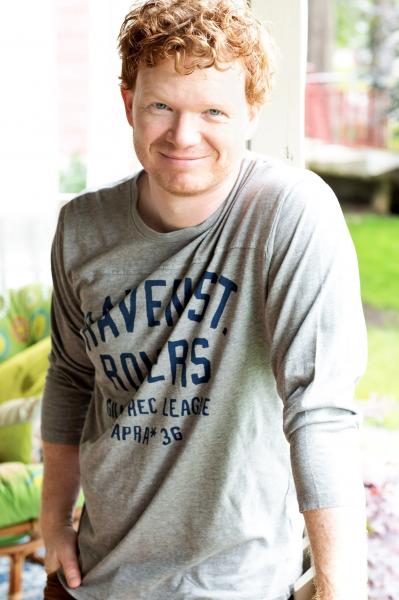 Although he has more than 20 years of experience in creating children's songs, Benoît Archambault had never had the pleasure of hearing some of his melodies make their way to the television before his talent was recognized by the Passe-Partout team.

There a few months old, it's not one, but three of his compositions (A beautiful day, It warms the heart and The clouds) who have carved out a place for themselves on the popular Télé-Québec show and, at the same time, on the album Coucou les amis!.

The singer, multi-instrumentalist and songwriter jumped at the chance when he knew he needed new tunes for Passe-Partout, Passe-Montagne, Passe-Carreau and company.

“We had a month to submit songs. It was December and I was ready to take my vacation. I said to myself: “Should I postpone my vacation?” Finally, the opportunity was too good. I am a child of the first generation of Passe-Partout, so I couldn't pass up this opportunity…”, confides Benoît Archambault, also a member of Mes Aïeux.

The magical memories of the seminal show of the late 1970s steeped in him, the artist did not need a leap in the past to invite inspiration.

“I didn't have to listen to the works again and immerse myself in what Passe-Partout because the songs are so ingrained in me. My introduction to music went through Passe-Partout. They were really well put together nursery rhymes, both in the arrangements and the lyrics. »

He therefore launched himself body and soul, hoping to be able to engrave his name with those who made the musical success of this adventure.

« I wrote 15 songs in a month. I approached the job as if I was writing 's new recordPasse-Partout as a tribute to what I have received as a legacy. »

Benoît Archambault first taught piano and directed a choir in a school for children. This is how he began to create songs for them, works that led to shows and records.

However, if he takes pleasure in entertaining young people, his art must first strike a chord with the child he was. “My first audience is probably me when I was a little ass,” he says.

According to him, any subject can be discussed with children, especially when you see the positive side of things.

“If I talk about the environment, it's true that things are going really badly, but what will perhaps save us is to love nature. It may be naive on my part, but I still believe in it: love nature and you may be able to take care of it. »

With a first positive foray into the world of children's television, this inventor of stories and songs is already ready to repeat the experience.

« C' is a medium that I find very interesting. That's one thing I'm throwing out in the universe: I really enjoyed it and would love to do it again. »

►The album Hello friends! can be listened to on various digital platforms. For Benoît Archambault's projects in music and children's literature: benoitarchambault.ca.