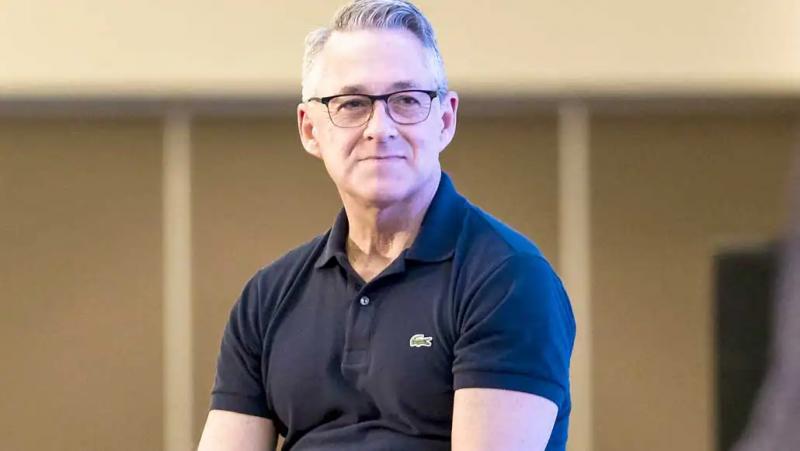 Ten days ago, in Phuket (Thailand), Benoît Lavoie wrote a page of history by becoming the first Quebecer and only the second Canadian in history elected to the vice-presidency of the International Skating Union (ISU) since the organization was founded in 1892.

Involved in figure skating since 1988, first as an official after a 12-year career as a skater, Lavoie was not aiming for this prestigious position, at least at this point in his career. Above all, he did not believe in his chances of being elected when he finally decided to submit his candidacy after a discussion with the leaders of Skate Canada, who convinced him to get into the race.

“When I won unequivocally on the second ballot, I didn't realize it and I was in shock,” said the man who served as Skate Canada president from 2006 to 2013 and vice-president from 2001 to 2006. It's not a position that I really wanted, but I'm really, really proud. I am excellent at a second position and I am ready to work with the other three vice-presidential candidates who will continue as directors on the Council. »

“I wanted to take on this position a day before my retirement from figure skating, but it is nevertheless a good time since I have just finished my career at the Ministry of Employment and Solidarity after 35 years, to continue the native of Baie-Saint-Paul. I have what it takes to play this role well. I have the technical knowledge; I am very attentive; I am a team player and I have a lot of humility. I want to shake things up. »

As with any election of this kind, politics plays a determining role. Alliances are formed to promote the candidacy of a candidate in exchange for support for another position. Lavoie was treated to quite a surprise.

“I've never seen Asians not support one of their candidates,” said the man who was first elected to the council in 2016 with a two-year term. They put all their energy into allowing the election of the South Korean Kim Jae-youl as president and they sacrificed the Japanese Tatsuro Matsumura in the race for the vice-presidency. I snuck out. A Korean in the high ranks of the International Olympic Committee [IOC] had assured me that I would get the 33 votes from the Asians, but I did not immediately believe him. He was right. »

For their part, the Americans sided with the Japanese because they did not want to harm the chances of their candidate Patricia St. Peter for the presidency. It was unimaginable that two North Americans would find themselves at the head of the ISU. The Russians didn't want to know about the Canadian candidate either because Lavoie had been part of the movement to kick them out of Congress because of the invasion of Ukraine.

“Kim Jae-youl wanted to work as a team and he made my campaign, underlined Lavoie. For my part, I did not campaign. I just made a little video. I was certain not to pass because I did not have a wedding ring. I thought I would finish third and maybe second if I was lucky. I was resigned to that. »

Overhaul of the scoring system

The new president is the first non-European to hold this position.

Judge at Olympic Games in Salt Lake City (2002) and having pushed hard to allow the Canadian couple David Pelletier and Jamie Salé to receive the gold medal which had been stolen from them due to the collusion between the judges which had favored the Russians, Lavoie wants to overhaul the scoring system again during his four-year term, to make the results as objective as possible.