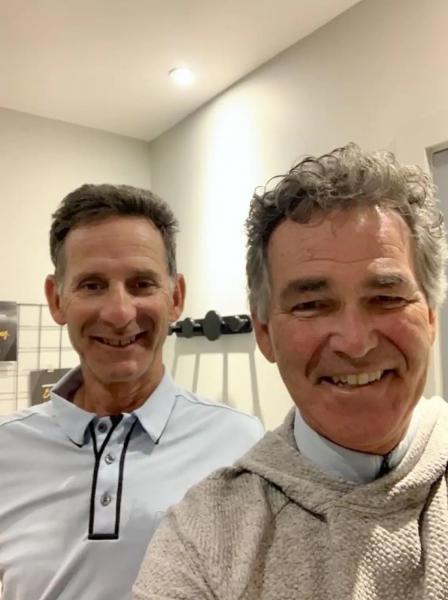 The British Open has been followed in mainstream media with admiration since 1860. In some of the toughest conditions on narrow, rugged fairways, hard greens like pool tables meet the world's best and they can crash at any time or, if not, achieve unforgettable feats.

Among seniors, 50 years and over, we give the chance to all professionals who want to try to make the cut as they say. Five hundred players from all over the world and spread over four courts will try to play 72, the minimum score to qualify for the great competition.

Jean Laforce, 63, pro at the Montcalm club (Saint-Liguori) is a regular. He participated ten times. And this year, he showed up with two colleagues, also friends: Serge Bernier, professional at Vaudreuil, and Ben Boudreault, professional at the Cerfs de Longueuil for 32 years now.

For them it's is a big challenge, but, at the same time, it's practically a fantasy to play in the atmosphere of the oldest golf tournament in the world. For the big British Open the total purse was 14 M$ this year. For seniors, two million.

In old Scotland, Serge, Jean and Ben were like children in a toy store. Even if they don't play on the five best courses in the world, they try similar ones around, links on the seaside, and they can also approach and go for a walk there where have “scored” the Woods, Nicklaus, Trevino, Player, Watson, Jones and other great champions.

For those who love golf, the experience is wonderful and unforgettable. It is here, in the United Kingdom, that we find the deepest roots of golf. Our golfers certainly have sponsors, but they also pay out of pocket to get closer to their dream. They really enjoy themselves.

So, something unexpected happens. First, Serge Bernier reported an 81 card and could not qualify. Jean Laforce played 76, also disqualified, and, in addition, Jean announced at the end of his match that he was retiring from competition.

And Ben Boudreault? Shortly before the qualifying round, he suffered a sudden stomach discomfort. He no longer visits and decides to rest at the hotel. It's better, but not for long. The next day, Ben suffers a devastating heart attack, alone in his room. He will call the ambulance himself, which will take more than an hour to get to the hospital.

Rest assured. Ben, always calm and smiling, is better and should return to Montreal tomorrow after undergoing a battery of tests. An artery, in particular, is blocked at 49%, but he has been medicated.

His good friend Jean Laforce has extended his stay to stay with him. Ben regained his good mood after being scared to death.

A question we all ask ourselves.

Yes, Ben was well insured with the Cross -Bleue and he will be back soon at the Cerf de Longueuil to tell you that he did indeed play on the linksof Scotland, but he was never able to attempt to qualify for the British Open Senior. Next year maybe.