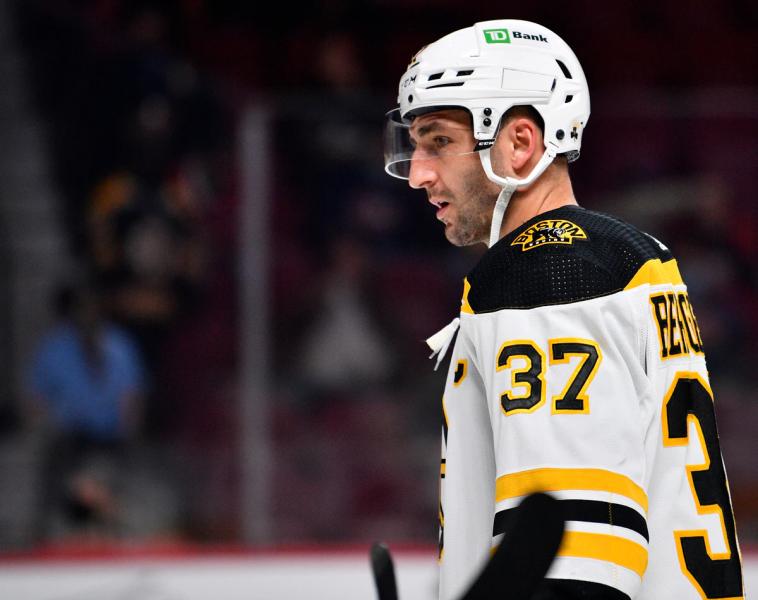 The first person Jim Montgomery called when he became head coach of the Boston Bruins was not a member of his family, but Patrice Bergeron.

The Montrealer was presented for the first time as a pilot of the “Oursons” to members of the Boston media on Monday. The first item on his agenda, he revealed, was to make sure Bergeron is back with the Bruins next year.

The latest winner of the Selke Trophy, given to the league's top defensive forward Bettman, is still undecided about returning to Boston.

“I won't have to go into the locker room often if [Bergeron ] returns, slipped Montgomery, whose remarks were taken up by the ESPN network. He's in control of what's going on and he knows how to lead the team.”

Team president and CEO Charlie Jacobs said the 36-year-old center was leaning towards a return to the game, but that he could not offer any guarantees at this time.

With long-term injuries to Charlie McAvoy and Brad Marchand, both of whom will miss the first few months of next season, Montgomery's task will be daunting to keep his team competitive.

The former Dallas Stars pilot, however, is not afraid of adversity. After being fired by the Texas team in December 2019 for his “inappropriate” behavior, the 53-year-old checked himself into a rehab center to treat his alcohol problem.

“Everyone has ups and downs in life, he philosophized. When you learn from this, you evolve and you get better. I believe that anyone can achieve great things in life if that person is able to accept and embrace change.”

Remember that the Bruins surprised the hockey world by firing their head coach Bruce Cassidy a few weeks ago. The Bruins went 51-26-5 in the regular season, but lost in the first round of the playoffs to the Carolina Hurricanes.

Montgomery said he's already spoken with several members of his new team and that he intends to make listening a predominant value in the locker room.

“I think you have to listen,” he explained. I prefer to listen before speaking. We will always go through the trials together. Our culture will advocate “we”. When it comes to final decisions and accountability, however, my approach will be tough.”